The dirt on money laundering 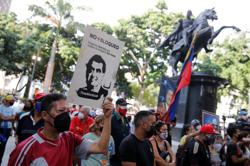 Money laundering Money is the main cause for people to engage in almost any type of criminal activity. Money-laundering is the process of concealing the source of illicit funds or “dirty money.’’

Money laundering crimes are fraud and drug trafficking. It is also used to mask a wide array of illegal activity, including but not limited to: human trafficking, embezzlement, cybercrime and tax evasion, notes ACAMS (Association of Certified Anti-Money Laundering Specialists).

Money travels across the globe, it changes into other currencies used to buy luxury yachts or invest in real estate or other things across borders. To avoid detection, criminals try to move the money quickly before it can be traced by the investigators.

Financial crime has been growing steadily in recent years for various reasons. A report said the annual cost of financial crime to the global economy is estimated at US$1.45 trillion – US$166bil in Asia Pacific – according to the 2018 Thomson Reuters True Cost of Financial Crime report.

The United Nations Office on Drug and Crime estimates the amount of money laundered globally in one year is 2%-5% of global GDP, or US$800bil-US$2 trillion.

Investigations into money laundering are complex as fraudsters are often several steps ahead and they use the best tools to commit fraud. For financial institutions, the first line of defense lies in the hands of financial institutions employees. They need to spot any suspicious activity and raise the red flags. A suspicious activity report needs to be lodged with the regulators for further investigations. Hefty fines have been imposed on several global banks over the years as they are seen to be “supporting’’ money laundering. They are beefing up their operations to have the talents and controls fight anti money laundering. Whistle blowers are the other way to track down a money laundering trail.

There are many ways to launder money by falsifying invoices, using shell companies with no active business operations that are easy to set up and obscure ownership. A Bloomberg report said, to avoid raising red flags, money launderers will break down large amounts of money into smaller chunks and have associates known as “smurfs’’ deposit the funds in different accounts in different places.

Regulators around the world are calling for greater transparency and admit there are inadequacies in the existing laws with newer technologies coming into play. It was reported that over 7,000 cases of suspected money laundering linked to cryptocurrencies were reported to police in 2018 in Japan.

The Financial Action Task Force, or FATF, is the inter-governmental agency that sets anti-money laundering (AML) and counter-terrorist financing standards that majority of nations around the world implement (to varying degrees) into their national laws. In Malaysia, the AML and Anti-Terrorism Financing Act (Act 613) came into force in 2001. Malaysia is a member of the Asia/Pacific Group on Money Laundering which is FATF-style regional body.

Among the several high-profile money laundering cases globally, the 1MDB scandal came to light in 2015 and the money trail spreads across several countries including Singapore and the US.

The other case where severe breaches of the AML were found is that of Denmark’s largest bank, Danske Bank. Its tiny branch in Estonia was the central pipeline to launder over US$230bil from “largely suspicious

clients” in Russia, Ukraine, Azerbaijan and Maldova into Europe and the US.Even Sweden’s Swedbank is under scrutiny by regulators as there seems to be some linkages to the money trail from Danske’s Estonia branch.

Canada is also in the spotlight for having weak AML laws as US$47bil flew into the country in 2018, with a lot going into the real estate sector. 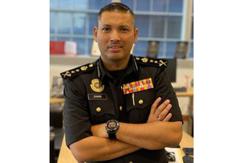