PETALING JAYA: More banks in Malaysia are lowering their lending rates with Standard Chartered Malaysia jumping on the bandwagon this week, following the cut in the overnight policy rate (OPR) to 3% from 3.25% by Bank Negara on May 7.

In statement yesterday, Standard Chartered said it has lowered the interest rates for loans by 25 basis points with effect from May 14.

(Maybank), which was the first bank to reduced its lending rates, also announced a further cut in BLR and BR by an additional five basis points (bps), just a week after a 20 basis points cut to both.

The change is effective from yesterday May 17, a statement from Maybank said. This reduces the BR and BLR to 3% and 6.65% respectively. Similarly, its Islamic BR and Base Financing Rate (BFR) will be reduced by another five bps to 3.00% and 6.65%, respectively.

On May 8, Maybank said it would revise both its BR and BLR down in line with Bank Negara’s May 7 revision of its OPR to 3%. 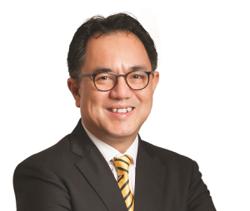 Maybank reduces base rate, BLR by 50bps on Friday