Get rid of arrogance and ignorance, M’sian firms told

Leadership forum: (from left) Patel, Yoda, Born, Kim, Hartley and Kogan at the forum. Kim says managing ignorance and arrogance in companies would result in a higher chance of identifying business opportunities.

KUALA LUMPUR: Malaysian companies have the ability to climb up to greater heights should they eradicate arrogance and ignorance in the corporate culture, said talent nurturer Samuel Hungsoo Kim.

Kim, who is the co-founder and president of Center for Asia Leadership initiatives (CALI) noted that managing ignorance and arrogance in companies would result in a higher chance of identifying business opportunities.

Speaking about talents in Malaysia, Kim, who has been empowering talents in over 32 countries observed that corporate mindset in the country was shifting away from “true leadership” given Malaysia’s resources of a strategic geographical location and an English speaking society.

“Firstly, they (talents) don’t see opportunities and don’t do anything about it. Secondly, they see the opportunity but they still do nothing.

Meanwhile, Kim believes that exercising leadership in the 21st century is about learning because identifying opportunities and challenges become easier.

Citing an example of Nokia’s decline in the mobile device industry, Kim pointed out that complacency, internal politicking and scapegoating caused the company’s downfall.

To be an effective leader, one must learn the art to negotiate by either creating joint gains empathetically, using power to exploit the opponents vulnerabilities, shaping the decision of others and the ability to turn uncertainty to your advantag, said Dr Eugene. “Secrets are essential for negotiation. One huge challenge you will face is to know the secrets behind the negotiating table in terms of the other party’s constraints.

“It is in your interest to help the other party solve the challenges to negotiate sustainably although trust is required to talk about the constraints,” he disclosed. 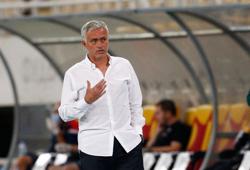 Actor Hisyam Hamid works in KL, his family in Singapore. Then the pandemic hit