is to scale down its loss-making aviation business with the disposal of several helicopters.

According to managing director Datuk Ahmad Redza Abdullah, Sarawak Cable hopes to sell three helicopters – two units of H135 and one unit of H125 – in the coming months.

“We believe this will not just reduce our borrowings but also our operating costs. We have an existing long-term lease of five helicopters with the Defence Ministry and we intend to see that through as it remains profitable.

“Upon expiry of the leases or extended leases, we plan to dispose of these helicopters as well,” he said in the company’s 2018 annual report.

The aviation business is under wholly-owned subsidiary Aerial Power Lines Sdn Bhd, which owns and operates a fleet of nine helicopters and one simulator.

The unit signed a two-year contract worth RM18.4mil in December 2017 with the Health Ministry to provide helicopters for medical evacuation and flying doctor services.

Ahmad said the aviation segment would further scale down the leasing of helicopters and maintain only a small fleet which have long-term dry leases.

He said a substantial part of the losses suffered by the group’s aviation services was attributed to the idling and inability to lease the H225 helicopter.

“Now, as it (H225 helicopter) achieves airworthiness, we are channelling substantial efforts to procure a long-term lease of this unit with the help of reputable aviation consultants.

“We are confident that we will procure a lease in the very near term. This will leave our aviation segment with a much-reduced liability and in turn convert it into a profit centre, albeit on a much smaller scale than initially projected,” he added.

According to its manufacturer, H225 helicopter is a member of the Airbus Helicopters’ Super Puma family. It is a powerful and fast 11-tonne-class helicopter that combines long-range performance and a large cabin that can accommodate up to 19 passengers.

H225 is used for offshore, VIP and other airlift applications, and is also ideally suited for public service missions such as search and rescue.

In the financial year ended Dec 31, 2018 (FY18), the combined segmental pre-tax loss of Sarawak Cable’s aviation services and power generation amounted to about RM26.1mil. In FY17, the aviation business suffered pre-tax loss of RM17.2mil on revenue of RM9.4mil.

Ahmad said while the power generation, aviation services and corporate segment had recorded a 22.5% increase in revenue to about RM22.3mil in FY18, it was insufficient to upkeep its monthly operation cost, comprising high finance expenses as well as maintenance and operating costs, as two helicopters remained idle due to unsuccessful bid of contracts during the year. 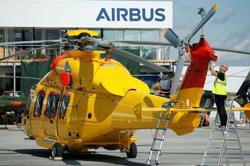 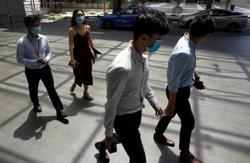 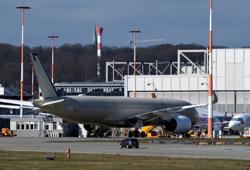