By P. ARUNA and DANIEL KHOO

(TNB) has announced the resignation of its president and CEO, Datuk Seri Azman Mohd, and the appointment of Amir Hamzah Azizan (pic) as the group’s new CEO.

The announcements put an end to much speculation over the past week that Azman had been asked to step down from his post.

In the filings with the stock exchange, the group said Azman, 61, will cease to be the group’s president, CEO and non-independent executive director with effect from March 31.

No reason was given for the resignation.

His successor Amir Hamzah, 51, is the son of the late former Petronas president Tun Azizan Zainul Abidin, and chairman of EUM Edgenta Bhd.

He is also the former managing director of Icon Offshore Bhd

In the announcement of his appointment as the new TNB CEO, the group said the change would take effect on April 2.

There had been rumours over the past week that Azman had been asked to step down, impacting TNB’s share price.

This was despite the energy utility company’s announcement of a proposed final dividend of 23 sen per ordinary share for the financial year ended Dec 31, 2018, payable on April 11.

While it neither confirmed or denied that there would be a change in the leadership of TNB, the group had said in statement that any material statement on changes in the company’s leadership or matters that will affect the company would be issued officially at the appropriate time.

Reports had surfaced claiming that Azman, who has been with TNB since 1979, was served a notice to resign.

There had also been rumours that Amir Hamzah would be his successor.

Earlier, in a joint statement issued yesterday, TNB unions requested that the government publicly ascertain Azman’s status in the company.

“We would like the official decision on this matter be announced in the soonest possible time for the good of every party, to avoid unnecessary speculation that will affect the public’s perception,” the statement read.

TNB share price went up 6 sen to RM12.58 on volume of 1.7 million shares traded yesterday at the close. 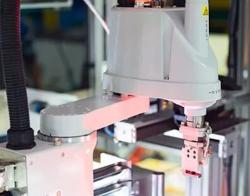