PLS gets nod to go into durian business

has received the green light from its shareholders to diversify into durian plantation business.

“We are also in discussions with strategic investors who can co-invest with us in this durian plantation business,” he said in a statement.

In a filing with Bursa Malaysia, PLS said it had received a unanimous vote from its shareholders for the firm to diversify into the durian plantation business.

Under the deal, PLS is buying 70% of Dulai Fruits Enterprise Sdn Bhd for RM21mil.

The acquisition comes with a profit guarantee of not less than RM10mil for the financial years ending 2019, 2020 and 2021.

“Post-acquisition of Dulai Fruits, we aim to command a substantial market share for the export of downstream durian-based products.

“We intend to vertically expand this business by focusing on enhancing the durian plantation for upstream capabilities to meet the growing trend of durian demand, which has consistently outstripped supply,” Lim said.

He said the diversification is a synergistic and logical business expansion from PLS’ existing core businesses in forest and oil palm plantation.

In the long term, Lim said PLS envisions that durian plantations could be Malaysia’s new revenue stream via exports.

Quoting trade data from the United Nations, Lim pointed out that durian exports to China have been rising at 35% on average a year, and were worth US$1.1bil in 2017, up from just US$243mil a decade ago.

“With the recent initiative by the government to export frozen whole fruit durians to China - previously Malaysia exported only downstream durian products to China - it creates immense opportunity for the market players,” he said.

It is worth noting that last week, Ekovest Bhd

, a construction outfit controlled by Lim, bought a 23.4% stake in PLS for RM76.5mil or RM1 per share from Lim.

Ekovest said the move to buy a stake in PLS was to transform Ekovest into “a larger listed conglomerate” with “a larger portfolio of diversified business.”

At the moment, Ekovest generates most of its revenue from the construction sector, followed by property development and toll concession for the DUKE highway.

PLS has been a loss-making company for the past three years.

Last week, Lim told StarBiz that he is optimistic PLS would return to profitability by having Ekovest as its single largest shareholder.

“We have our internal strategies to help turn around the PLS Group in the mid to long term,” he said.

He pointed out that although PLS was loss-making, the firm’s losses had dropped significantly in FY18 to RM5.24mil from RM19.4mil in FY16.

, a public-listed property development company based in Johor.

However, shareholders of Ekovest shot down the proposal. 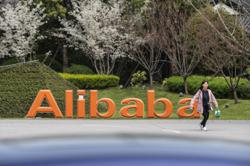