Citing results from the Associated Chinese Chambers of Commerce and Industry of Malaysia (ACCCIM) Family Business Survey Report 2018 conducted among almost 100 family businesses, Fung said that many of these businesses don’t have a written succession plan.

“Most of them just said in the survey that they have a succession plan but it is only informal (in the head). This is a worrying trend that the business owners are expecting someone to read their mind and know what’s their succession plan. The best practice is to actually document it,” Fung told reporters after presenting the results of the survey yesterday.

“This is where the disconnect is for a lot of family businesses that effective communication is not there. The proportion is quite high among our respondents. They mainly say they have a succession plan but it is not documented properly,” she added.

The survey report said that only a mere 13% of survey respondents have a robust and documented succession plan in place while a worrying 24% do not think it is a priority currently.

“Fortunately, the remaining 63% either have an informal plan or are planning to look into one,” the report said.

It said that while having robust and well-documented succession plans are important, the more difficult task is actually deciding on the successor of the family business.

“There should be effective communication. If let’s say a family business owner identifies someone as his or her successor that this person should start talking to him or her directly. They may even talk to three successors and this is quite common,” Fung said.

She said that it could be a cultural matter when asked of the possible reasons why these business owners do not identify their successors.

“In a lot of cultures, not just Asian but even in Europe you will find that this is a very sensitive topic and it is a highly emotional topic in explicitly naming a successor. Businessmen tend to think that they will do it later and they also think that since they have been through tough timesthey can overcome anything,” Fung said.

“A lot of them think that they can be in the family business forever that they can still be there and it contributes part to delaying this matter since they think it is not a priority. But the conversation needs to start early so that the identified successor can get started. This is just in case anything happens, the business will be ready to face it,” she added.

Meanwhile, Fung said another area of concern that was revealed in the survey is that there was a substantial number of respondents who said that their business did not grow (11%), grown a little (41%) and reduced a little (19%).

“This is higher than what we see from the PwC global survey. This (figure) is considered high,” she said. 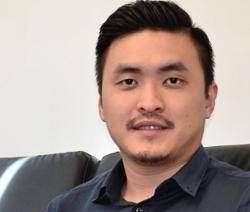 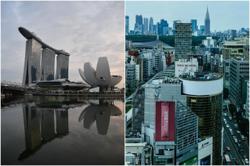