Do open APs only benefit the rich?

Ong: With the localisation of the domestic passenger car market, aPs are no longer as commercially lucrative as they once were.

Open approved permits (AP) for the import of reconditioned vehicles are mostly for the higher end market, targeting richer Malaysians.

Questions have constantly been raised if this is a policy that favours the wealthier class, giving them alternatives of prices for the cars of their choice.

Maybe open AP companies should only be allowed to import reconditioned vehicles or those with specifications that are not currently being offered by local dealers?

Take for example, a reconditioned 2017 model of a Mercedes AMG GT R being offered at around RM1.3mil. A brand new one from the local Mercedes-Benz dealership would cost around RM1.7mil.

A brand new Toyota Alphard 3.5 from UMW Toyota would be around RM443,000. A similar model from reconditioned sellers, which are said to be brand new, are priced at around RM400,000.

The open AP policy has always been a controversial topic, ever since the issue erupted in 2005 that it only benefitted certain companies.

It was of course, Tun Dr Mahathir Mohamad who raised the issue, two years after retiring from his first tenure as prime minister.

He had claimed that the policy made certain individuals wealthier and that its large issuance led to unfair competition against Proton.

The controversy had then caused a fallout between Dr Mahathir and Tan Sri Rafidah Aziz, who was the International Trade and Industry (Miti) Minister for 21 years, 15 of which were under Dr Mahathir’s administration.

Just three days ago, Miti announced the implementation of its new open AP policy, which will now see no limit to the overall number of open APs to be released throughout the year.

The companies that were awarded the open APs may apply for additional ones based on their sales performance.

In a follow up press statement yesterday, Deputy Miti Minister Ong Kian Ming said there is however, hard caps on the maximum number of APs which a company can obtain, based on their paid-up capital.

For new companies with a paid-up capital of RM1mil, they are only entitled to obtain a maximum of 60 open APs.

For existing players with paid-up capitals of RM2mil, RM3mil and RM4mil respectively, their caps are 120, 180 and 240 respectively.

The rationale of capping the number of APs for companies which have not received APs in the past is to ensure that they have the financial and sales capability to sell up to 60 vehicles first in their first year before they can increase their AP quotas in the future, based on their paid-up capital,” Ong said in a statement.

Miti has given the approval for 164 companies to be open AP holders, out of which 36 companies are new.

These companies were selected out of 282 applications made in 2016 from May 23 to June 21, after an evaluation process including an audit by an independent auditor.

A total of 109 applications were made by new companies, meaning that it has never received an AP before.

Most of the new companies are still not fully operational as they need to fulfil some technical requirements and be prepared for business operational matters.

In the Wednesday evening press statement, Miti also stressed that it will take measures such withdrawing or suspending the APs, blacklisting the companies, every shareholder and board member from submitting future applications and would also take legal action should there be a breach of any condition.

It added that it also blacklisted nine existing companies for offenses. 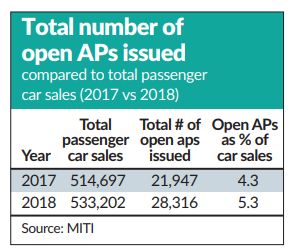 Among conditions that open AP companies have to fulfil are that there should be no usage of middle-men or intermediary companies to sell the imported vehicles, the APs must be used in the year of approval by Dec 31, and the vehicles must be displayed or stored in a Miti-approved premises.

Miti had also said the new open AP policy began Jan 1 this year, in line with the government’s decision on Dec 23, 2015 to continue the policy. It should have been implemented two years ago but was postponed due to uncertainties in the domestic market.

If the implementation of the new policy began on the first day of 2019, why was the statement only issued mid-March?

Industry observers said this could due to pressure placed on the ministry following a revelation by a motoring portal which alleged that the new AP holders have started talking to established AP holders to “buy” their APs.

A long-established AP holder confirmed this to dsf.my (Drive Safe & Fast). This brings us back to why the whole AP controversy erupted in 2005 in the first place.

Dr Mahathir had questioned back then, how scores of companies were given the bulk of the APs issued.

Some recipients also abused the system by selling their APs to make a quick buck. 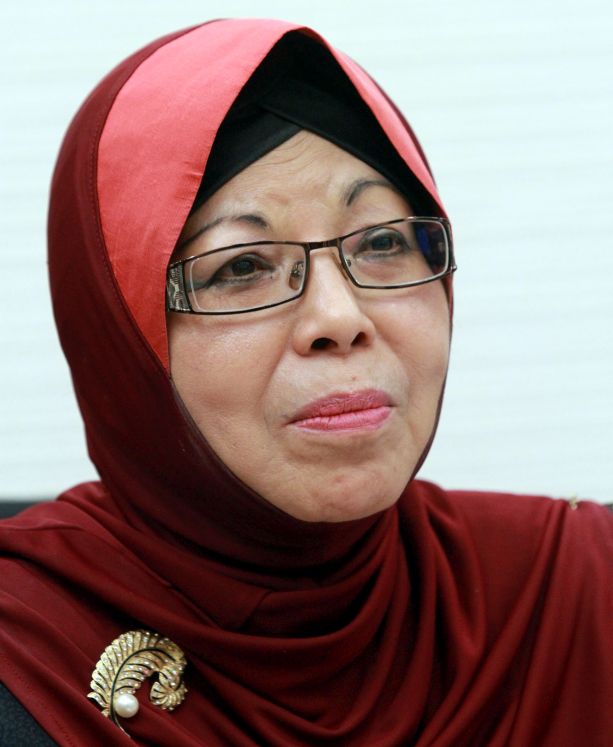 Better policy: aishah says the new open aP policy is healthy for the industry as it promotes competition.

Ong says the volumes of the cars brought in via open APs are very small when disaggregated into the various brands and have no effect on the car prices for the mass market.

“With the localisation of the domestic passenger car market, APs are no longer as commercially lucrative as they once were.

“Car sales in Malaysia and globally have slowed down and the accumulation of the stock of imported luxury cars have dampened the local market conditions,” he said, adding that with the RM10,000 fee per AP and the investment needed for showrooms and paid up capital, only genuine and competitive players can remain in the market.

She said industry players, even the new ones, will be able to compete on a level playing field.

“This is also something to help bumiputras in the industry. A higher level of competition is healthier,” she said.

An analyst said he was neutral about the new policy, concurring that reconditioned vehicles are not for the mass market but more towards high-end vehicles.

“But note that any imported vehicles will be imposed the SST rate in full, which helps the government to achieve higher SST collection.

“And also, most of the reconditioned vehicles are not EEV compliant, which are detrimental to the environmental and not mention, against our NAP which focuses on EEV,” he said.

Meanwhile, AffinHwang Capital Research maintained its overweight call on the auto and autoparts sector as it expects vehicle sales momentum to remain healthy and the strengthening of the ringgit against the dollar and yen to lift profit margins.

It said the new open AP policy will have minimum impact to the sector and it believes that there will unlikely be any offer for new AP applications at this juncture as the policy is still under thorough review for NAP 2019 to ensure entitlements are not abused moving forward.

“While there may be concerns that an increased number of APs could potentially flood the market and compete directly with the franchise AP holders, we think that the RM10,000 levy imposed on car traders with AP will still ensure that this market is confined to the high margin high-end models.

“As such, we do not anticipate a heightened competitive environment and prices of cars should remain largely unchanged, we believe,” the research house said, adding that the domestic market is still huge enough to absorb the AP players, including the new ones.

Many had called for the policy to be abolished and while open APs were supposed to be done away with by the end of 2015 under the National Automative Policy (NAP) 2009, the NAP 2014 reverses that decision, calling for an in-depth study to be done to assess the impact of its termination. It was then decided that the policy will remain in place.

The open AP is an import permit facility issued by Miti to qualified 100% bumiputera-owned companies to import reconditioned vehicles for sales in the domestic market.