Lee said this because of the slower global economic growth and the impact of the US-China trade war.

According to Lee, Malaysia will benefit from the relocation of investment out of China, but will be negatively impacted if the world economy slows down and demand drops.

“There are many local as well as foreign companies which have taken this opportunity to recruit new talent.

“They are working closely with InvestPenang on this recruitment initiative.

“All are invited to send their resumes to InvestPenang’s CAT Website (https://www.penangcatcentre.my/).

“We will match them with suitable companies,” Lee added.

According to The Federation of Malaysian Manufacturers Penang vice-chairman Datuk Lee Teong Li, its members have experienced a slowdown in their business in the past two to three months.

He said most of them were small and medium enterprises involved in the food, electronic and metal component manufacturing businesses.

“Besides the announcements, we have also received reports that other companies are also planning to implement such measures.

“The said notices that we have read attribute to a weak global demand, weaker growth and an uncertain global outlook as the underlying causes for the action undertaken by the said employers.

“The notices that we have seen and the information that we are receiving seem to indicate that the electronic-sector employers are initiating downsizing and shutdowns from end-March 2019 onwards. We believe that we have only received a tiny bit of information and are of the view that the uncertainty in the global market would, in all probability, impact upon most of the major players in the sector,” Veeriah said. 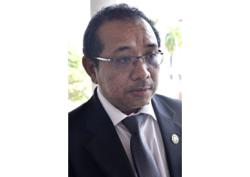