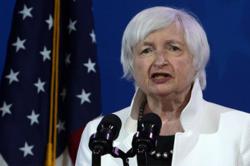 PETALING JAYA: The property glut shows no signs of abating and the government is considering raising the maximum tenure of housing loan to 40 years to reduce the overhang.

Industry sources said extending the tenure of loans may not be in the best interest of buyers but will help property developers shaved off their inventory of houses that is becoming problematic for the industry.

A source said the government may make a request to reverse the maximum housing loan tenure back to 40 years after it was cut to 35 years back in 2013.

It’s “a possibility”, which hopefully will not become “an eventuality,” the source added.

Pressure to increase the maximum length of a loan comes from the ongoing six-month Home Ownership Campaign (HOC), which runs until June 30, 2019.

Consultants believed that lofty sales target from this campaign may not be met, excerbating the need for longer loans to help sell the properties.

A 40-year housing loan is currently offered to buyers of affordable houses under a Bank Negara scheme that was announced in Budget 2019.

That scheme, sources said, should be looked at from the perspective of affordability.

The longer tenure complements the concessionary financing rate of up to 3.5% a year under the fund, which is “distinctly cheaper” than prevailing market rates, the source said.

The 40-year loan tenure offered under the RM1bil fund was introduced as “a temporary measure, for a limited time and for a targeted segment.”

In July 2013, lending and banking institutions capped the housing loan tenure at 35 years, as part of other measures to curb excessive household debt and reinforce responsible lending practices.

Prior to that, borrowers were offered mortgages with tenures as long as 45 years, some offering two-generational loans.

A source said the current 35-year home loan tenure is more than sufficient and raising the tenure would increase the borrower’s financing cost.

Assuming a loan amount of RM400,000 at a financing rate at 4.9%, extending the tenure from 35 to 40 years would lower the monthly repayment marginally by RM68, a source said, but would raise financing by RM75,946 in that five-year extension period.

The source said the terms of the RM1bil fund should not be compared to mortgage funds extended by commercial lending institution.

THE RM1bil fund special scheme combines a lower 3.5% interest with a 40-year tenure.

“This increases the borrower’s affordability by reducing the monthly financing repayment by 23%. However, the total interest cost for 40 years is higher by RM18,548, compared to a 35-year loan,” the source said.

Industry sources said the integrity of the banking sector must be preserved and upheld, that the end does not justify the means.

One suggestion is for structural reforms for affordable housing issues to be expedited. This includes the creation of a single authority for affordable housing, the establishment of an integrated demand-and-supply database for planning purposes, the adoption of advanced and cost-efficient construction technology and building a more robust rental market.

Economists said given the importance of the property industry, and home-ownership being one of the main agendas of the government, the government is finding itself as both “the regulator” and “the intermediary”.

Alliance Bank chief economist Manokaran Mottain said he believed the government’s initiative to address the overhang issue is a good move. “Get all the stakeholders to collaborate and address the various issues,” he said in an email.

Banks and lending institutions, on their part, must remain “prudent” with their lending policy since having good asset quality (good loans that will not go bad) is a priority.

Socio-Economic Research Centre executive director Lee Heng Guie said in an email: “Banks’ lending guidelines should not be compromised in terms of lending risk, asset quality and the borrowers’ financial standing to repay the mortgages.

“Both the public and private sectors must work together to prevent an over-adjustment in the property sector as it not only affects other economic sectors, but also would drag down the banking system,” Lee said.

He added that the banking system had more than 30% of its total loan portfolio extended to residential purchases.

Another industry source said the government must look into stimulating the economy across various industries, including the property and financial sectors.

The impact of its intervention must be aligned with the broader government strategy, the source said. 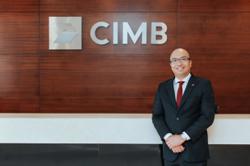