The 25 basis point increase in the Overnight Policy Rate (OPR) will benefit fixed deposit (FD) savers after the real rate of return on deposits will return to positive in 2018.

PETALING JAYA: The pressure on the banking sector is not expected to ease anytime soon, with more analysts lowering their core projected figures this year.

Analysts are projecting an earnings growth of between 4.5% and 6.3% and a loan growth of between 4% and 5.1% this year while maintaining a stable return on equity (ROE) forecast for the year. ROE is a measure of profitability to shareholders.

AmInvestment Bank analyst Kelvin Ong, who is projecting an earnings and loan growth of 4.5% and 4%-5% this year, expects earnings to be supported by a modest total income growth, controlled rise in operating expenses, and a stable asset quality with no significant increase in provisions.

He anticipates loan growth for this year to be lower from the 5.6% in 2018. “This would be in line with the slowdown anticipated in the domestic economic growth. We expect consumer and business loan growth to taper in 2019 with the latter due to a slowdown in exports,” Ong said.

In terms of valuation, he said the sector’s 2019 price-to-book value (P/BV) now stood at around 1.2 times and is expected to improve, moving ahead. Most banks with decent forward-looking ROEs are still trading at close to 1.0 times the P/BV valuation, he told StarBiz.

On the banks that are expected to show strong performance for 2019, Ong said: “We expect RHB Bank Bhd and Malayan Banking Bhd

(Maybank) to deliver stronger ROEs this year. For RHB, this is due to its undemanding valuation, trading at 0.9 times to the financial year 2019 (FY19) BV/share. Also, the group’s asset quality is improving with lower allowances for loan impairments.

“Earnings contribution to RHB from the Singapore operations is anticipated to be higher in FY19 after substantial impairment allowances have been provided.”

Separately, on Maybank, the group is expected to still deliver a decent revenue growth. Asset quality is improving with lower provisions. Meanwhile, dividend yields remain attractive relative to peers at 6.2%-7% for FY19 to FY21, and this is anticipated to be supportive of its share price,” he said.RAM Ratings co-head of financial institution ratings Wong Yin Ching said she expects loan growth to ease slightly to around 5% for 2019 from 5.6% in 2018.

“The projection takes into account our GDP growth forecast of 4.6% (2018: 4.7%) that is premised on slower exports and investment activities, but still supported by resilient private consumption. Loan applications and loan approvals – both of which are forward-looking indicators – also point to signs of some deceleration with respective growth rates of 2% and 5% in 2018 (2017: +5% and +10%),” she said.

Wong anticipates household loans to outpace business loans, with residential mortgages to remain as the key driver, although growth in this segment has been moderating amidst the sluggish property market.

On the other hand, she said the less upbeat outlook by business enterprises would likely temper their demand for financing. The latest findings of the RAM Business Confidence Index corroborate our view, with the index polling weaker sentiment among the 3,500 firms surveyed, albeit still above the 50-point threshold for positive sentiment, added Wong.

Wong said: “We expect some mild downside on net interest margin (NIM) this year, with competition for retail and SME deposits likely to heat up again as banks brace for the implementation of the Basel III Net Stable Funding Ratio (NSFR). This has also factored in our base expectation that the overnight policy rate (OPR) will stay unchanged at 3.25% in 2019. The NIM compression will be offset by loan growth, stable non-interest income given the low base last year, continued emphasis on cost efficiency and benign credit costs. As such, we project banks’ overall earnings to remain stable this year.”

AllianceDBS Research said NIM pressure would remain an ongoing theme for 2019 as deposit competition persists. This would be prevalent, especially towards the second-half of 2019 when the net stable funding ratio observation period concludes in January 2020, it noted.

“Our 5% loan growth assumption for the year is mainly underpinned by retail loans, which has been supporting the sector thus far,” the research house added.

“We forecast domestic loan growth to slip to 5.1% from 5.6% in 2018, and ongoing NIM compression amid stiff deposit competition.

“Having put through aggressive cost control measures, much of the low-hanging fruit has been plucked over the past few years and expenses are expected to normalise, moving forward,” he said.

Ch’ng noted that for 2019, he is forecasting a faster operating profit growth of 5.5% (premised largely on lower NIM compression than in 2018 and faster growth in NOII), but marginally slower net profit growth of 6.3% amid stable credit costs.

He expressed some concern on the current and savings account deposit growth trailing overall deposit growth for the eight consecutive month, slipping to just 0.8% in January.

The banks’ capital buffers would further improve as a result of slower asset growth and this would help financial institutions withstand any increase in asset risks, it said. 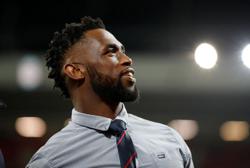