Divestment plan: A file picture showing Mitsui’s logo in Tokyo. Khazanah’s sale of a 16 stake to Mistui for RM8.42bil is expected to be completed by the first quarter of this year. Sources say that the share sale in IHH will be followed by divestment in at least eight more companies. UEM Edgenta is one of them. — Reuters

However, Khazanah may not consider selling its stake anytime soon

has attracted a number of suitors, both local and foreign, sources says.

Interested parties, which include the company’s own management, are eyeing to acquire Khazanah’s stake in the facilities maintenance operator.

The proposals are said to have been submitted to Khazanah.

Khazanah is the single largest shareholder of UEM Edgenta. Its wholly-owned subsidiary, UEM Group Bhd, has a stake of 69.1% in UEM Edgenta.

Khazanah is currently in the midst of an asset rationalisation exercise under its new management.

The paring down of its stake in healthcare services provider, IHH HEALTHCARE BHD

In November last year, Khazanah announced that it will sell its 1.4 billion shares or a 16% equity stake in IHH to Mitsui for RM8.42bil.

The deal, which is expected to be completed by the first quarter of 2019, will lower Khazanah’s stake in IHH to 26.05%.

Sources says that the share sale in IHH will be followed by divestments in at least eight more companies, including six locally-listed ones. UEM Edgenta is one of them.

However, sources also say that Khazanah may not consider selling its stake in UEM Edgenta anytime soon, despite the strong interest by prospective buyers in the facilities maintenance operator.

“After the deal to pare down its stake in IHH, which was only announced a few months ago, Khazanah is not under pressure to sell more assets at the moment,” a source says.

UEM Edgenta is in charge of one of conglomerate UEM Group’s core businesses, asset and facility management. Apart from that, UEM Group also focuses on highway operations, property development as well as engineering and construction.

It is also one of the region’s largest asset management and infrastructure solutions provider.

According to Bloomberg, the company has a 12-month trailing price-to-earnings (PE) ratio of 16.44 times. Its forward PE is 17.34 times.

The company is also one of MIDF Research’s top 10 stock picks for 2019.

While it is yet to be known whether Khazanah will take up the offer to dispose of UEM Edgenta, a bigger question is what value does the facilities maintenance operator have?

In 2018, UEM Edgenta is the only listed core company of Khazanah that has seen growth in its share price. Over the course of the 12-month period, the company’s share price has increased by about 8%.

The company’s earnings are heavily-reliant on long-term government concessions and contracts, particularly from the Health Ministry and expressway operator PLUS Malaysia.

For context, in 9M18, UEM Edgenta’s healthcare segment accounted for 46% of the group’s overall revenue and 41% of the pre-tax profit.

The group also holds 40% joint venture stakes in each of the two entities undertaking hospital management concessions in Sabah and Sarawak.

Meanwhile, in the infrastructure segment, UEM Edgenta has a long-term concession until 2038 via its subsidiary, Edgenta PROPEL Bhd to maintain the North-South Highway.

“This is unlikely. The government will have little choice because not many can do the work of UEM Edgenta. Hence, the buying interest for the company among many parties,” says one source.

HLIB Research analyst Sheikh Abdullah remains positive on the continuation of the UEM Edgenta’s services to government hospitals without interruption, after “having seen intimately the inseparable nature of UEM Edgenta and the Health Ministry in its day to day operations”.

“Furthermore, given the higher budget allocated in 2019 for the Health Ministry, UEM Edgenta is a beneficiary on the potential of higher work orders,” said Sheikh Abdullah in an earlier note.

Industry observers believe that the prospects of UEM Edgenta will continue to look promising.

A source says that divestment of assets should not be done just for the sake of monetising existing investment, without taking into consideration potential future returns.

“UEM Edgenta is one of Khazanah’s prized assets. Why should the government consider selling it when the company still offers good return on investment?” he asks. 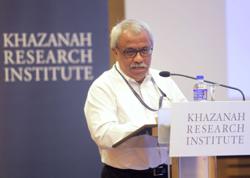 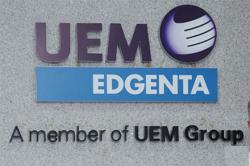