Industry observers and analysts concurred that Low was a valuable asset to Etiqa as he was a veteran in the insurance and wealth management businesses and this would spur Etiqa Life to meet its KPI targets as well as boost its bottom line.

“Amid the rising competition in the insurance and takaful space, Etiqa has to have capable executives who could ensure effective strategies are put in place to ride on the competition and have impactful presence in the market,” a bank backed analyst told StarBizWeek.

In a statement issued yesterday (Friday), Etiqa said Low has over 30 years of experience in the life insurance, financial planning and wealth management industry.

He was previously employed at Manulife Malaysia where he was the chief executive of Manulife Wealth Advisors and chief success officer for Manulife Centre for Success.

Prior to Manulife Malaysia, Low was managing director/CEO of Am Metlife Insurance where he successfully turned around the company to a profitable position in two years.

“We are pleased to welcome Paul to Etiqa. He brings with him vast experience in the life insurance industry, mainly with multi-national insurance companies,” said Etiqa Insurance & Takaful group CEO Kamaludin Ahmad.

“We look forward to leveraging on his expertise to further drive Etiqa’s commitment to creating a Fast & Easy experience for our customers, whether it is to purchase, submit claims or receive payouts,” he noted. 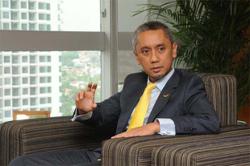 Exclusive: Etiqa on lookout for M&As 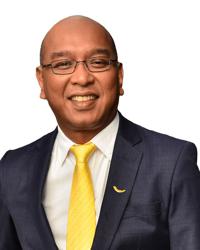