?The proposed project, if materialised, could provide Tan Chong Motor with opportunity to expand its foothold in the automotive industry in Vietnam,? the company said in a filing with Bursa Malaysia last Friday

MACC had on Wednesday granted a four-day remand order involving Siew to help in its probe during his tenure as chairman of the Tourism Board of Malaysia.

In a separate statement, ANCOM BHD

also said its operations were unaffected following the arrest and remand of Siew, who is its executive chairman.

MACC had sought Siew to help in its probe during his tenure as chairman of the Tourism Board of Malaysia.

Nylex and Ancom announced they had convened emergency board meetings in the afternoon to assess the implications of the arrest on the groups' operations, their shareholders and other stakeholders who may be affected, either directly or indirectly, and to determine the possible course of action to be taken.

In the statements to Bursa Malaysia, the companies said their operations remained unaffected. Their various operating units have been and are under the care of the various unit heads with proven track record.

Nylex and Ancom share price closed down two sen each to 63 sen and 47 sen. 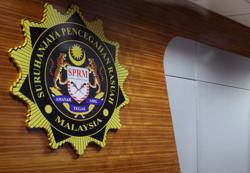