Bursa Malaysia asked the company to disclose any corporate developments in the company including those at negotiation level. It must also divulge


“Based on data from Bursa, foreign funds sold RM54.4mil net of local equities last week, less than half of the amount disposed in the previous week,” MIDF said in its weekly fund flow report.


“Bursa kicked off 2019 on a sombre note as foreign funds sold RM55.4mil on Wednesday, bringing the foreign net selling streak to 12 days, the longest since the 37-day selling spree recorded from early May to late June 2018,” MIDF said.


Despite Apple’s slash in revenue guidance, foreign investors disregarded the news and took the opportunity to buy RM64.6mil net on Thursday, the largest daily inflow in more than two weeks.


MIDF noted that foreign funds reverted to selling mode on Friday albeit at a moderate pace of RM27.5mil net.


“For the first three trading days of 2019, foreign funds pulled out RM18.3mil net or US$4.5mil net of equities from Bursa.


“This is substantially lower than Thailand’s outflow of US$130.4mil net while Indonesia and the Philippines saw a net inflow of US$54.9mil and US$23.1mil, respectively,” the research house said.


The participation rate amongst the various group of investors saw an increase across the board. The average daily traded value (ADTV) of foreign investors registered the largest weekly advance of 36.0% but was still below the healthy level of RM1bil. 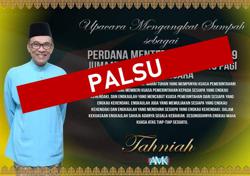