The new kiosk network is to drive the next phase of business expansion of home-grown SugarBun, which has 93 restaurants in Malaysia and overseas.

Since obtaining approval for the new micro-concept food kiosks from the Domestic Trade and Consumer Affairs Ministry in August, four “Broasted by SugarBun” kiosks are now in operations in Peninsular Malaysia. There are two kiosks in Johor Baru and one each in Pahang and Perak.

“Four more Broasted by SugarBun kiosks will open for business next month, including three in Sabah and one in Pahang,” Borneo Oil executive director Raymond Teo Kiew Leong told StarBiz.

The initial target is to set up 40 kiosks nationwide, including 20 in Sabah, 15 in Peninsular Malaysia and five in Sarawak. The 2019 business plan for SugarBun will be finalised in two weeks.

“As the main cities are saturated with fast food restaurants and good locations are hard to come by, expanding to smaller cities would help to capture more market, where competition is less intense and markets are not well served.

“Food kiosks based on a ‘Grab and Go’ concept have proven to be a significant revenue generator and (provide) an attractive bottom line,” Teo said,

Due to the competitive advantage of the kiosk set-up over a full-sized restaurant, Borneo Oil’s franchising division was working to strengthen its presence in this “Grab and Go” concept market via the opening of more “Broasted by SugarBun” kiosks.

A food kiosk requires a small space (about 400 sq ft against between 1,200 sq ft and 1,500 sq ft for a full-fledged SugarBun restaurant), it would be easier to secure business locations, while the setting-up cost would be low.

“Another advantage is that it is an affordable form of franchising (below RM300,000) compared with RM900,000 for a full-sized SugarBun restaurant.

Teo said “Broasted by SugarBun” kiosks offer only key food items – broasted chicken and savoury rice, chicken burger, french fries and beverages. The food is fresh and made on the spot.”

For the SugarBun restaurants, the comprehensive menu comprises western and popular Asian dishes.

SugarBun planned open two more franchised restaurants next month in Bangladesh, where there is only one outlet.

There are 13 SugarBun restaurants abroad, including in Brunei, Australia and China.

To expand its market in the peninsula, SugarBun launched another food franchise – Borneo Asian Food – that brings together some of the most popular dishes in Sarawak and Sabah two years ago.

Borneo Oil, via wholly-owned SB Supply & Logistic Sdn Bhd, is the master licensee for the Singapore-based Pezzo chain in Sarawak and Sabah. Since the opening of the first Pezzo kiosk about four years ago, the number of Pezzo outlets has increased to 43 in Malaysia.

Teo said the company has taken the brand to Brunei, where the first Pezzo outlet opened in the Times Square shopping mall in Bandar Seri Begawan early this month.

“Three more Pezzo kiosks will open for business in the oil-rich sultanate next month,” he added.

In the financial year ended June 30, Borneo Oil’s fast food and franchise segment recorded a revenue of RM71mil against RM54.3mil in the preceding year. 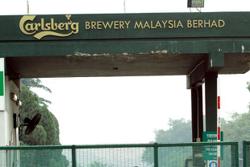