HERE lies an outlandish idea: Malaysia should embark on its biggest-ever banking merger to create Asean’s largest bank, nudging out Singapore’s DBS from that position. I’m talking about a mega merger anchored by Maybank to glue together CIMB, RHB, Ambank and Affin Bank.

A laughable, ludicrous and lamentable idea you may say.

DBS reigns supreme as a regional champion. Just last month, it was named by one publication as the global bank of year, assessed on its ability to deliver returns and gain strategic advantage among others. It was also noted for its digital transformation.

If trying to emulate DBS isn’t difficult enough, there’s the all-merger pains to go through right from the start.

There’s the due diligence, getting the valuations acceptable to the multiple shareholders and stakeholders, sorting out voting rights (recall the perennial problem that the Employees Provident Fund faces in banking mergers considering its large holdings in multiple local banks) and dealing with employee rationalisation in the aftermath of the mergers, to name a few.

Many of these challenges were insurmountable in recent attempted local banking mergers and acquisition (M&A) deals which led to their failure.

But maybe it’s time to dream the impossible. If Malaysia could do it in politics, why not raise the bar in banking. Maybe the stars are aligned for this to happen. Consider some of these facts.

RHB, Ambank and Affin are trading below their book values. CIMB trades at 1.05 times its book while Maybank is the highest at 1.5 times.

Hence, theoretically at least, Maybank can scoop up the other banks at around their book values, something that may have not been possible before when values were higher.

While equity owners of the smaller banks may grumble about that valuation, they should be pleased for getting equity in the new regional champion bank through a share swap exercise. Banking is after all an increasingly challenging venture.

Malaysian banks have done reasonably well in expanding into Asean. Why shouldn’t a Malaysian bank be the biggest in Asean?

Bank Maybank Indonesia and Bank CIMB Niaga remain in the top 10 ranking of Indonesian banks by assets while we all know what happened to the Temasek and DBS affair with Bank Danamon.

So in the market that potentially has the biggest untapped market in all of Asean, Malaysian banks far outshine DBS, which only has its own network of 37 branches. Maybank has also a big presence in Singapore and CIMB and RHB are growing their presence there, while DBS is absent from Malaysia.

With over 1,000 branches, CIMB has the widest retail banking network in Asean. RHB also has a presence in Asean, including stock broking activities in Indonesia and Thailand and soon in Vietnam.

In terms of investment banking, Malaysian banks shine even more. Maybank, CIMB and RHB have an extensive reach into Asean.

Interestingly too, if you combine all the assets of these five Malaysian banks, they total some US$423.6bil, which edges out DBS’ US$376bil.

For the Malaysian market though, will this five-piece mega banking merger bring about a bank so huge that the exercise would be deemed anti-competitive?

The argument against that would be that the sector will still have two major banks in existence. Public Bank and Hong Leong Bank should theoretically provide the necessary competitive spirit for banking services.

would also have their niches in the market.

With Maybank being a lead player in this merger and acquisition (M&A), the idea would have to be agreed by Permodalan Nasional Bhd (PNB), the bank’s major owner.

Coincidentally the new chairman of PNB is former Bank Negara governor Tan Sri Zeti Akhtar Aziz. The award-winning Zeti is known for her prudence as a central banker.

If this mega banking merger were to take place, Zeti’s deep insights into banking would be a huge plus point. Recall also that it was the beginning of Zeti’s career as Bank Negara governor that the last round of banking consolidations took place.

Perhaps this is something that she would like to see through, albeit, this time around, not as a central banker but as chairman of an institutional fund that could end up owning the biggest slice of the new biggest banking group in Asean.

To be noted also is that PNB has a history of being part of a mega merger when it went through the merger of all plantation companies under its stable in 2007.

That merger exercise and its aftermath has had its fair share of criticisms. Those can now serve as valuable lessons for this large banking M&A.

Finally, the fintech element of this saga.

The massive M&A exercise will cause major disruptions to the workforce of all the financial institutions involved.

Financial institutions in Malaysia employ more than 160,000 people directly, many of whom work for the five banks mentioned here.

Not only is there the obvious issue of redundancy that will arise, banks have already been looking at ways at rationalising their staffing resources as increased digitisation continues to transform banking operations.

Malaysian banks are also making efforts to bring their staffing updated with technological advances in the sector by training them accordingly.

This banking merger exercise should be coupled with a strategic move that will entail the creation of new fintech start-ups spun from the main organisation but staffed by aspiring employees from the five banks plus new hires from outside.

Employees from all five banks should be given the opportunity to team up with like-minded individuals from this stable of banks to pitch their ideas on fintech projects and get funded from the mega bank.

Such an ideal situation would ensure that Malaysia not only gets to create a new Asean champion by asset size and reach but also one that has the necessary technological competitive edge. 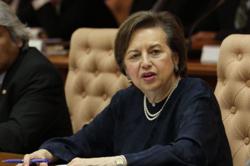