By DAVID JARNELL And

THE retail environment in Malaysia has undergone a continuous and marked change over the past few decades.

Back in the early 1990s, underpinned by the “booming” economy, there was a significant amount of retail centre development in the Klang Valley, and before a substantial increase in the rate of new supply emerging in 1998, the average occupancy rate was in excess of 90%.

During the 1990s, the peak year for completions of retail centres was 1997, when 4.4 million sq ft was completed and by 2000 the occupancy rate declined to 83%. There was a small increase to 85% by 2010, but the average occupancy rate has declined to 76% since then. The “prime” retail centres in the Klang Valley have registered many years of good performance with steady growth throughout the 2000s.

Many owners and investors have invested in and managed their retail centres with the purview that ‘bigger is better’ and some owners of the more successful, prime developments have extended their lettable area to increase their attractiveness and increase market share.

Currently, in terms of number, only 2% of retail malls in the Klang Valley are in excess of 1.5 million sq ft (net) and 3% are in the range of 1.0 million to 1.5 million sq ft, represented by eleven malls. The vast majority of shopping centres (85%) are below 0.5 million sq ft.

Caused by a general oversupply of retail centres, an unsettled economy and weaker consumer spending, challenges in the Klang Valley’s retail market are expected to continue. It should be noted that the potential total future supply equate to a hefty 68% of the existing stock.

The new shopping centres and malls are expected to be detrimentally affect the performance of older, secondary and less-up-to-date malls. The strong competition has resulted in some older malls having less footfalls because of their limited array of retailers and merchandise and, in some cases, poor maintenance and management.

Thus, the CAGR of retail space was higher than the CAGR of population in the Klang Valley between 2015 and 2018 (forecast).

The Klang Valley’s retail floor space per capita has historically been on an increasing trend from 7.3 to 9.15 sq ft in 2018 and is forecast to reach 10.5 sq ft per capita in 2020. There is no official industry standard for retail space per capita; however, major cities usually have no more than 7.5 to 8.0 sq ft.

In addition to competition, retailers are also facing weaker and more prudent consumer spending as the economy is in a state of flux. Notably, in the third quarter of 2018, the Consumer Sentiment Index indicated by the Malaysian Institute of Economic Research decreased from 132.9 points in the second quarter of 2018 to 107.5 points, due to the trending cautious and selective spending plans. 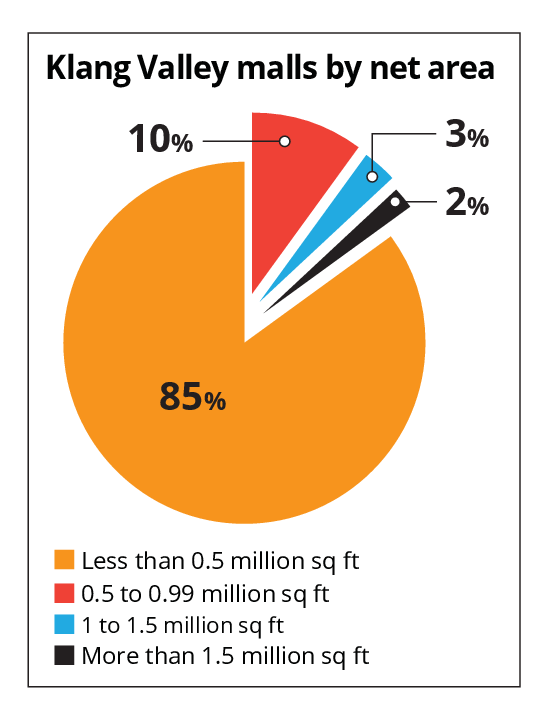 Well established ‘prime, regional malls’ have steady footfalls, allowing their good and experienced management teams to maintain occupancy levels in excess of 90%. Smaller neighbourhood malls and some recently completed and opened retail centres, however, have been slow to attract sufficient retailers, resulting in average occupancies of less than 70%.

Occupancy rates in poorly managed, designed and developed retail centres and podiums without the proper ‘homework’ having been done will be under pressure.

By the end of 2020, the existing supply could reach 81.7 million sq ft, if all of the 30 projects under construction are completed on schedule. Developers should only commence construction if they have a good level of pre-commitments from anchor and major retailers.

Note: This is the first of a two-part article. Malathi Thevendran is Jones Lang Wootton executive director (research and consultancy) and David Jarnell is JLW’s senior vice president and head of research 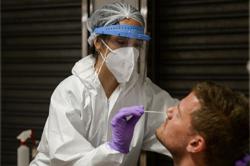 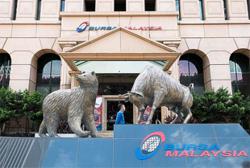