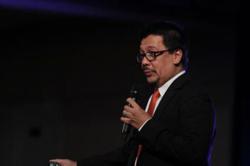 Tan Sri Lodin Wok Kamaruddin has relinquished his positions in all public listed companies under the Armed Forces Fund Board (LTAT).

PETALING JAYA: Tan Sri Lodin Wok Kamaruddin has relinquished his positions in all public listed companies under the Armed Forces Fund Board (LTAT).

, will be stepping down from all his positions effective Dec 31, due to an “early mutual termination agreement”.

It is worth noting that Lodin resigned from his position as LTAT CEO on Sept 7. He led the fund for 36 years.

He was replaced by former chief investment officer of KWAP Nik Amlizan Mohamed.

The resignation of Lodin paves the way for the restructuring of LTAT companies after having more than 30 years helming the top post in the fund and its companies.

Notably, shares in Boustead Holdings has been under pressure since the beginning of the year, declining more than 48% year-to-date to trade at RM1.48 a share.

In a separate filing, Boustead Holding posted a 97.6% plunged in net profit to RM7.3mil from RM310.6mil a year earlier.

The group said it made a one-off gain last year of RM554.9mil from a plantation land sale.

Revenue for the quarter rose 3% to RM2.54bil from RM2.47bil previously.

Cumulatively, for the nine-month period, Boustead Holdings posted losses of RM14.2mil compared to a net profit of RM359.1mil a year ago.

This is due to losses in its plantation, property and heavy industries businesses.

Revenue for the period fell slightly to RM7.16bil from RM7.23bil previously.

During the period, Boustead Holdings said its plantation business registered a deficit of RM42mil, compared with a profit of RM656mil a year ago due to a gain of RM555mil on the disposal of plantation land.

The group attributed the fall to the decline in palm product prices and lower crop production.

It property division booked a loss of RM13mil for the period, compared with a deficit of RM6mil previously because of lower occupancy rates at its hotels.

On its heavy industries division, it recorded a deficit of RM30mil compared with a profit of RM23mil last year.

This was due to a deficit incurred by Boustead Naval Shipyard, which saw weaker contributions from both shipbuilding and ship repair activities. 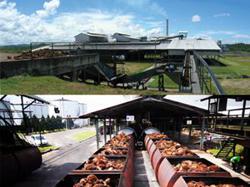