Income generator: Malaysians are increasingly recognising the benefits of home sharing through turning their biggest assets – their property – into income generators to help ease cost of living.

JOHN could have rented out his high-rise residential unit in Cheras for RM1,500, but that would not cover his monthly instalment of RM2,500.

He turned to Airbnb, charging RM240 a night. The unit can accommodate eight, 12 would be a squeeze but he has done it. John operates his unit like a hotel; guests leave at noon and the next group “checks in” between 2pm and 4pm. He has hired a property agent to look after the unit. He needs to keep that schedule 15 days a month in order to get RM3,600.

“It is a lot of hard work. So having an agent to look after the unit helps,” says John who was managing the place himself the first couple of months.

He did not mind giving 20% of the RM240 he was charging to the agent. John pays for the cleaning services of between RM50 and RM80 after the departure of each group and a small percentage to the platform. John bears the cost of all repairs.

Another Airbnb host Ann took up the Airbnb challenge after her tenants left about four years ago. She is not as active as John and puts the unit up for short-term rent as and when she needs money. She and her sisters bought a Petaling Jaya apartment about a decade ago. Because it was difficult to get long-term tenants who would look after the place, they decided to let it out the Airbnb way. Unlike John, Ann does the cleaning and guest-screening herself. She charges RM120 a night for a pax of two, and an additional RM20 for next guest. Her unit can accommodate up to four.

“It helps with the maintenance,” says Ann. Her older sister, Penny, who immigrated to Britain about 30 years ago, is also an Airbnb host in London. Penny is tech-savvy and in many ways, she has embraced the click economy, whether it be for business or pleasure. She convinced Ann to become a host.

Says Penny: “I could have gone to another home-sharing website but I am happy where I am. The system is well structured. The income/outgoings and tax dues are listed down clearly.”

As cities around the world put up regulations or tighten operating rules for Airbnb and similar platforms – Kota Kinabalu deems them illegal – Airbnb announced a 99% year-on-year growth in guest arrivals in Malaysia, in a recent statement.

Airbnb head of public policy for South-East Asia Michelle Goh says in an email that Malaysia welcomed more than two million guests over the past year, “making it the fastest growing market for Airbnb in South-East Asia”.

“There are now 44,000 listings in Malaysia on Airbnb, marking an almost 60% year-on-year increase,” Goh says.

“Both collaborations aim to drive inclusive, sustainable development of tourism in Malaysia through healthy travel and hospitality entrepreneurship,” Goh says.

Through these partnerships, Airbnb will assist MPC to shape national policy plans related to tourism development and infrastructure, Goh says.

Globally, the third quarter of 2018 marked the strongest quarter in Airbnb history and the first quarter in which the company recognised revenue exceeding US$1bil worldwide. To date, there have been more than 400 million Airbnb guest arrivals globally, Goh says.

Our strong growth reflects the popularity of Malaysia as a destination, she says.

On whether Airbnb and other platforms are impacting the local hotel industry negatively, a hotel industry source says the 44,000 listings during the peak period should be the least of the Malaysia’s tourism industry problem.

“We cannot say Airbnb and other platforms are directly impacting the hotel industry when in the first place, tourists are not coming. “What we need is to beef up is our tourism, not bark up the wrong tree,” the source says, referring to the Airbnb taking away hotel business.

“There was a time when we were known as truly Asia. We have culture, nature, beaches, hills and mountains but what is our identity today? What are we known for?”

He says it does not make sense that China, with 131 million outbound, had only about 2 million come to Malaysia, and up to 12.44 million Singaporean tourists.

“It is unlikely all 12.44 million are tourists, they may be here on business, or to see relatives or just passing through,” the source says.

“We have to ask ourselves, ‘Why are they not coming?’ Undeniably, our hotel business is slow. If tourists do not come, we cannot blame the presence of Airbnb impacting the hotel industry. Airbnb is just a very small part of Malaysian tourism,” the source says.

He says these platforms are not in direct competition with four- and five-star hotels although they do appeal to budget tourists and families.

The Malaysian Association of Hotel Owners (MAHO) says that even before Airbnb entered the scene in 2008, there were already private portals offering accommodation.

Its executive director Shaharuddin M. Saaid says: “After Airbnb came into the picture, home-sharing became more structured. But even before Airbnb, villa and bungalow owners were already promoting their houses as tourist accommodation.

“Four years ago, I brought this up with the Tourism Ministry. They did not respond. I went to another government department. The issue is now with the Economic Planning Unit and we were advised to work with Malaysian Productivity Corp,” says Shaharuddin.

He says there are basically two grievances with regards Imagine strangers staying next door on a continuous basis or new people using the pool every couple of days. A continuous stream of strange people coming can pose a security issue, Shaharuddin says.

“We are also looking from the guests’ point of view. In the event of a fire, how safe are these units as residential developments do not come with sprinkler systems? Guest safety is compromised,” says Shaharuddin.

“We now have the tourism tax but those using house-sharing platforms escape this. Furthermore, hotels register guests and this information goes into the government system. If we are to promote tourism, we need accurate information. But these platforms which receive about 2 million guests fall between the cracks. Hotels pay taxes and adhere to regulations. Private property hosts are not subject to any regulation. So hotel owners are seeking a level playing field,” says Shaharuddin. 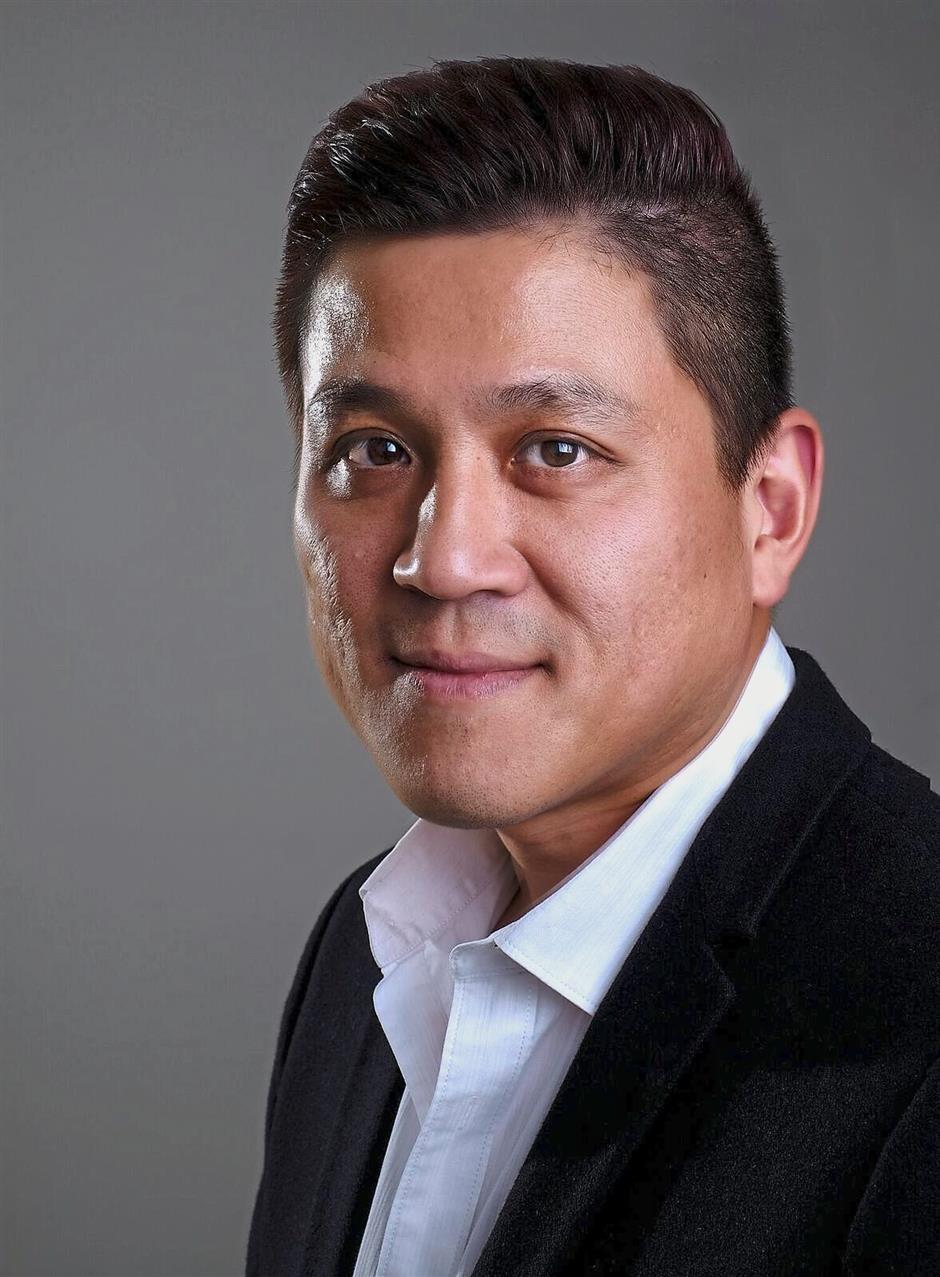 “It is like Uber and Grab. They were successful because our taxi services were bad. So, although our hotel rates are among the lowest in the region, we have to beef up our offerings and services while we level the playing field,” Yap says.

He says Kuala Lumpur alone has so many hotels, registered and unregistered ones. There are more than 120 one- to five-star hotels offering a total of 35,456 rooms. On a national level, there are more than 2,000 hotels offering nearly 200,000 rooms ranging from one to five stars. “Maybe house-sharing should not be allowed (in the city) where there are already so many rooms,” says Yap.

With 25.9 million arrivals in 2017, the occupancy rate should be very high but in reality, our members (hotels) have less than 60% occupancy on average, says Yap.

“We do not expect home sharing to be subject to the same operating and physical regulations but there should be some guidelines. So policy makers need to be fair.

We pay insurance, pay taxes and do a host of other things to contribute to the larger tourism industry,” Yap says.

He says the Kota Kinabalu local council has banned Airbnb and home sharing. The local authorities have written to developers, management committees and joint management bodies about this. The registration of Airbnb hosts with City Hall is being ironed out right this moment but our local authorities’ argument is that there is no laws to fall back on.

How did Malaysia become South-East Asia’s fastest growing market for Airbnb with 44,000 listings vying for strangers to come and stay?

“Obsolete laws and too many developments,” says Yap. 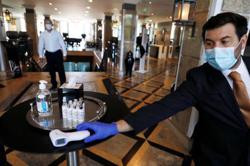 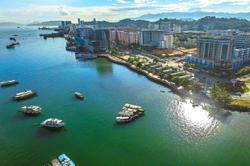 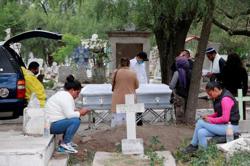