Malaysia remained at the top of the emerging-market list, thanks to its current-account surplus, relatively stable economic growth outlook and valuations.

KUALA LUMPUR: Malaysia remained at the top of the emerging-market list, thanks to its current-account surplus, relatively stable economic growth outlook and valuations.

According to a Bloomberg analysis on Wednesday, data last week showed inflation came in at 0.6% in October from a year earlier, compared with its 10-year government bond yield of about 4.17%.

The scorecard includes metrics ranging from growth prospects to the state of the current account, sovereign credit ratings and stock and bond valuations.

Bloomberg reported Asia’s economies have stronger buffers against headwinds like Federal Reserve policy tightening and outshone the rest of the emerging markets, Malaysia holding on to the No. 1 spot.

However, Turkey has tumbled to bottom of the pile. Ranked fifth out of 21 nations in a similar study six months ago.

Turkey’s economy is forecast to grow 0.8% in 2019, down from an estimated 3.5% this year, according to a Bloomberg survey of economists. Inflation reached 25.2% in October, the highest level since 2003, eroding real yields

Four of the top six economies on the scorecard are from Asia, including China, the Philippines and Thailand.

China and Thailand are drawing support from current-account surpluses, relatively strong growth and benign inflation. The Philippines’ current-account deficit and high inflation rates are partly
offset by growth of more than 6%.

“A closer attention is now paid to economic growth outlooks of each emerging economy amid successive rate hikes,” said Tsutomu Soma, general manager of the investment trust and fixed-income department at SBI Securities Co. in Tokyo.

“Investors are also deciphering how each country is impacted by the U.S.-China trade frictions. They will continue to be more selective with their investments given such circumstances.”

Selected economies are either in the MSCI Emerging Markets Index or a Bloomberg Barclays measure tracking EM local-currency government bonds.

The numbers are Z-scores that measure deviations from the average of the economies covered in the case of GDP, current-account balances, ratings and real yields. The Z-scores for real effective exchange rates and P/E are based on historical comparisons.

For reserves, the economies that sufficiently meet the International Monetary Fund’s adequacy ratio get a zero score and those that fall short receive minus 1.

GDP growth and current account balances are from economist forecasts for 2018 and 2019 compiled by Bloomberg. Sovereign ratings are from S&P Global Ratings. Real effective exchange
rates are based on JPMorgan Chase & Co. data. - Bloomberg 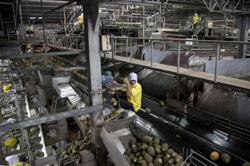 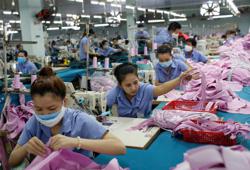 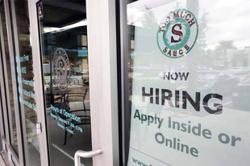 US job growth roars back