's legal case against Walt Disney Co and Twenty-First Century Fox for breach of contract with regards to the Fox theme park at Genting Highlands will likely affect visitor arrivals.

"We believe the legal proceedings will take time to conclude and in the meantime, the opening of the theme park is likely to be further delayed," said PublicInvest research.

The research house slashed its visitor arrival growth rate from 8-9% to 3% for FY19-20F resulting in a cut in earnings forecasts by 9-16%.

"We have also ascribed a lower PE multiple for the Malaysian gaming operations in our SOTP valuation (from 14x to 9x), given the uncertainties surrounding its GITP project," it said.

PublicInvest maintained underperform on the counter with a revised target price of RM2.70, from RM4 previously.

The research house said that in the event Genting Malaysia wins the legal suit and received US$1bil in compensation the Genting Integrated Tourism Plan would still be left in limbo without a key attraction.

"Seeking an alternative intellectual property licensing would be a challenge, in our opinion," it said.

PublicInvest added that there is a potential impairment risk on Genting Malaysia's investment inm promissory notes for the financing of the Mashpee Wampanoag Tribe's development of an integrated resort in the US.

"Its total investment (including accrued interest) in the promissory notes as at June 30, 2018 amounted to USD426.3m (or RM1.8bn). The US Department of Interior is reviewing the Tribe’s rights to the land, subject to a legislation being introduced and passed in the US Congress."
Article type: metered
User Type: anonymous web
User Status:
Campaign ID: 46
Cxense type: free
User access status: 3
Join our Telegram channel to get our Evening Alerts and breaking news highlights
Analyst Reports 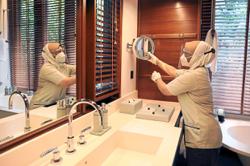 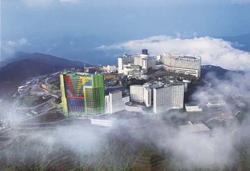