Warren Buffett, we hardly recognise you

Not so Buffett: Buffett smiles during a recent interview in Omaha, Nebraska. Lately, many of Berkshire’s investments haven’t seemed to fit into that Buffett mould. — AP

WHAT makes a good Berkshire Hathaway Inc investment? With the exception of Warren Buffett and his deputies, nobody knows anymore.

It wasn’t all that long ago that there existed the quintessential Berkshire investment. You know the kind. Whether in the form of a public stake or a full-out acquisition, Berkshire’s shopping history is full of moments that left onlookers thinking, “Yup, that’s so Buffett”.

It’s undeniable that his past stock picks and takeover targets like Coca-Cola Co, the BNSF railroad, Dairy Queen, Deere & Co and the Pilot Flying J truck-stop chain had Buffett written all over them. He’s long sought “simple” businesses that he could understand, with durable, if not beloved, brands.

If it tasted good (and wasn’t good for you) or conjured up images of a patriotic middle America hard at work, then it just might have suited Berkshire’s tastes.

Lately, though, many of Berkshire’s investments haven’t seemed to fit into that Buffett mould.

Technology companies never used to be on Buffett’s radar because, as he put it in his 1999 letter to shareholders, he had “no insights” into which ones possessed a true competitive advantage. But less than two decades later, tech giant Apple Inc is the company’s biggest holding, a position now worth US$50bil.

On Wednesday, it disclosed more curious moves: Berkshire took a new stake in software maker Oracle Corp, dumped Walmart Inc, and bought more shares of Delta Air Lines Inc – another industry he had at one time sworn off.

It could be that with so much of Buffett’s typical investing universe having been disrupted by technology and changing customer needs, the old stalwarts just aren’t as attractive as they once were.

The tech industry that Berkshire avoided for so long now comprises the world’s most valuable companies, and they’re shaking up most other sectors. There’s also the fact that Buffett has entrusted Todd Combs and Ted Weschler with more investing decisions. They’re obviously putting their stamp on things, and Buffett is by all indications fine with that.

But then, does the same old Buffett-y criteria still apply to Berkshire’s future megadeals?

Perhaps less surprising was Berkshire’s new stake in JPMorgan Chase & Co. Berkshire is working with JPMorgan and Amazon.com Inc. on a healthcare initiative, and it’s also been bullish on banks lately, including Bank of America Corp and PNC Financial Services Group Inc. 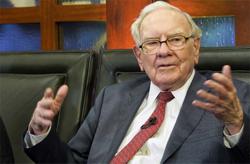