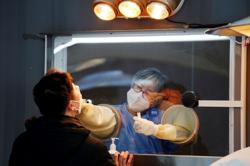 SEOUL: Coway Co Ltd, a South Korean maker of home appliances, is mulling over establishing manufacturing operations in Malaysia with the aim of using the country as a launchpad into other South-East Asian markets.

Malaysia is Coway’s largest international market where it is successful in selling and renting its water purifiers. The country has also contributed significantly to Coway’s revenue with sales last year hitting RM790mil from RM268mil in 2014. In terms of sales, the company sold 295,000 units of its water purifiers and an increasing number of air purifiers last year compared with 79,000 units in 2014.

Coway CEO Harri Lee Hae Sun said Ombak, which is manufactured at its Yugu factory in South Korea, was created with the Malaysian market in mind as the country contributes 15% to Coway’s revenue.

It is because of Malaysia’s large share of Coway’s business and the strong growth of around 30% a year that the company decided on making a personalised product for the Malaysian market.

“At the centre of our innovations is a heart for the people. What may be perfect for Korea may not serve the needs of our family in Malaysia. Hence, we are excited to launch this flagship Malaysian product very soon to elevate one’s Live Pure experience with its versatile offerings,” Lee said.

Malaysia with its contribution to Coway is a large market for the South Korean company, which hopes to have one million customers in the country by the end of this year. It has reached some 85% of that target.

Taking one year of research and development to make Ombak, the water purifier comes with the halal certification from Jakim, an approval that is important when Coway markets in products to the Middle East and also Indonesia.

It is also the success in Malaysia that director of global business division James Park Jae Young, who served as managing director for Coway in Malaysia between 2006 and 2014, is proposing that manufacturing activities be established in Malaysia.

With the company having 13,000 staff and full-time agents in Malaysia and with plans to increase its product range to three to four from the current two, it is that scale of operations that Park sees Malaysia as an ideal location for Coway’s factory.

Coway has four factories – three in South Korea (Incheon, Pocheon, and Yugu) and one in Guangzhou, China that makes air purifiers.

It has four overseas subsidiaries including Malaysia, China, Thailand, and the United States. It intends to open subsidiaries in Indonesia and Vietnam next.