A comprehensive and innovative budget

Malaysia's Budget 2019 indicates greater transparency in the country's public accounts and a focus on inclusive growth, which if sustained, will be credit positive, says Moody's Investors Service.

Prior to the tabling of Budget 2019, the new government has been warning many times that this will be a sacrificial and “belt-tightening” budget.

At the same time, the Pakatan Harapan government has been telling the rakyat not to get their hopes way too high due to huge public debt and rising fiscal deficit after having included some of the “skeletons” that were not shown by the past government.

However, Budget 2019 turned out to be more innovative while reducing wastages, understanding the household expenditure with a focus on the medium term.

The new government is introducing something new – property crowdfunding. It is the first of its kind in the world which is being offered to first-time home buyers. These house buyers pay only 20% to own a house, with the remaining 80% to be borne by investors, via the peer-to-peer financing framework.

This scheme would enable more people to own a house with minimum payment, which could be settled by their savings, loans or Employees Provident Fund withdrawals. It will be a new alternative for people to own their first homes, without high commitment owing to bank loans.

More details are expected to be highlighted in order for property developers to implement and offer this new purchasing structure effectively to customers. Importantly, the crowdfunding scheme will be properly regulated by the Securities Commission.

Another area of the innovative Budget is the targeted scheme for the B40 group. Despite massive national debt and rising fiscal deficit, the government is still able to give benefits to the rakyat.

The new government has focused on the people’s welfare by streamlining the living assistance. Households whose income is less than RM2,000 per month will receive RM1,000, while up to RM3,000 will enjoy RM750, and finally RM500 for households earning less than RM4,000.

Additionally, RM120 per month is given for each child in the household under the age of 18 (up to a limit of four children).

Looking at the assistance given, it shows the lowest income brackets will be able to claim as much as RM1,480 per month of living assistance, compared to the previous BR1M (Bantuan Rakyat 1Malaysia) which was only RM1,200 at the most.

It shows the B40 group will be receiving even more benefits this time around compared to the last Budget with the aim to improve their living standard.

At a glance, it may seem that the government could be spending much higher than expected. This may not be true when it is scrutinised more closely. The arithmetic of it shows otherwise.

Looking at the living assistance programme, the new government has clearly focused on targeted groups and hence allowed it to allocate only RM5bil, which is about RM1.8bil less than the allocation for BR1M in 2018.

Meanwhile, the government has also emphasised on a targeted petrol subsidies system, but only for those who deserve it. The floating petrol price will only benefit those with cars 1500cc and below. This ensures subsidies are used more efficiently.

Also, the government has extended across multiple areas electricity tariff and the B40 health protection fund. It has analysed the population dynamics and household expenditure structure to ensure a more targeted method of social welfare.

The new government also slashed a number of infrastructure projects. The Multi-Product Pipeline and the Trans-Sabah Pipeline were cancelled to save billions of ringgit while the East Coast Rail Link is suspended pending renegotiation.

A number of low-key new taxes have also been introduced. A new travellers departure levy has been implemented to encourage domestic tourism while there are plans to entice foreign visitors.

Pangkor Island has been turned into a duty-free zone while tax free incentives are given to Penang’s Swettenham Pier in the form of duty-free shops.

A 380-acre land in Pulau Indah will be converted into a Free Trade Zone. Up north, the government will support the development and growth of the Kota Perdana Special Border Economic Zone in Bukit Kayu Hitam, Kedah.

Other targeted measures include raising the real property gains tax. Tax exemption for interest earned on wholesale money market funds has been removed, and casino duties increased to 35%.

Furthermore, there is the selling of government assets which includes introducing the world’s first airport real estate investment trust. The government hopes to raise about RM4bil.

The government has been cautious that the new taxes do not harm the economy but instead promote growth and prosperity. The introduction of the digital tax means the government will tax online services like Netflix and Spotify.

This ensures that a fair and efficient taxation standard is implemented for the digital economy. This levels the playing field between local and offshore service providers – be it in software, music, video or any digital advertising.

A comprehensive and medium-term budget

Looking back, Budget 2019 does show the austerity grim initially envisaged. Instead, it is a comprehensive Budget and is aligned with the policy direction of the new government. This Budget has many different priorities especially over the medium term.

Clearly, there is a strong commitment on education, focusing on all categories. This is a good beginning for a brighter future, given the aspiration to become a higher income developed nation.

It is essential to invest in ways where the children of this country will be able to learn better by improving the quality of education. Educators and students will together build the nation. Children will be able to develop the right skills to ensure this country’s human capital remains competitive and will be able to lift the country to the next level.

As we strive to become a high-income and developed nation, we need to upgrade and adapt our healthcare system to overcome current and future challenges.

The budget has a larger allocation on healthcare to improve quality of care and health outcomes, ensure good financial protection for the sick and strengthen the level of governance to pave the way for a viable and sustainable system.

Budget 2019 focuses on building up small and medium enterprises (SMEs), given that its growth has consistently surpassed the national GDP over the years by an average 1.5% per annum.

It will provide a more efficient end-to-end customer journey. It should improve the gap between SMEs and larger industry players.

However, they should be provided with more strategic advice, counsel and initiating networking platforms to facilitate knowledge exchange.

The government plans to reintroduce the Malaysia Incorporated Policy, first introduced on Feb 25, 1983 as an “industrial strategy”.

This should bode well potentially. It is to forge a new symbiotic relationship and partnership between the public and private sectors.

The government intends to streamline and improve administrative rules and regulations and establish a new public-private partnership.

Land swap approach will be revised, tenders to be more open, exports widened and green foreign direct investments are encouraged.

This will force those business to discard their past ways of “business as usual” mindset and put an end to the “Napoleon” culture.

In conclusion, the new government has taken pains to study the household behaviour and the requirements of most households. Much of their expenditure goes towards housing, food and transportation.

It will only step in when the private sector fails to provide what the people need. This clearly specifies the government’s role and responsibility to the society.

Anthony Dass is chief economist and head of research at AmBank Group. He is also adjunct professor in economics at University of New England, Sydney, Australia. 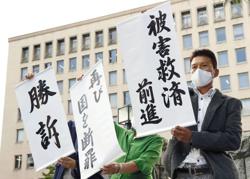