The board is investigating six matters on FGV

with effect from Monday following a reshuffle in the plantation group.

FGV said in a filing with Bursa Malaysia that Datuk Ab Ghani Mohd Ali had tendered his resignation as a director on the same day.

It said that following Ab Ghani’s resignation, Datuk Muzzammil Mohd Nor also resigned as he was the alternate director to Ab Ghani.

He is also president of the Empire Business Club; executive chairman of KLIX Academy Sdn Bhd and co-founder of deeds.com.my (social/CSR online platform).

Meanwhile, Muzzammil is the deputy director-general (management) of Felda since 2015. 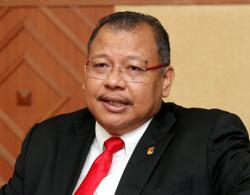