Abdul Aziz said rather than making profit, the airline recorded losses for three consecutive years with RM1 billion financial loss in the first year of the restructuring plan.

“If it shows remarkable improvements than last year, then there is hope. But if they do just as bad in 2018, then the government must relook at the team.

Abdul Aziz said the airline bled due to high operating expenditure on the back of, among others, high salaries paid to foreign top management, including the CEOs, chief operating officer, and commercial officers which amounted to hundred thousands ringgit per month.

Another reason was the purchase of Airbus 380 aircraft, which he regarded as a bad investment, causing MAB extreme cash outflow.

Of the six double-decker A380 superjumbos owned by MAB, he said only two fit for operations, while the other four were on the Aircraft on Ground status, indicating a problem that was serious enough to prevent the aircraft from flying.

“We've got the wrong aircraft. It is not for us, in Kuala Lumpur, to use A380. The first production (of that aircraft) is still (ar the) experimental (stage). That's why we are saddled with a lot of problems,” he said.

Abdul Aziz, who wrote the civil aviation regulations for the Department of Civil Aviation, which were gazetted in 1996, also slammed Khazanah's plan to relist the airline's on Bursa Malaysia this year.

He said based on the current situation, MAB's financial performance did not meet Bursa Malaysia Securities' requirement which prohibited loss-making companies from listing.

Meanwhile, Abdul Aziz said said the group of experts made up of people in the fields of engineering, financial, commercial, and personnel management, should be local talents as they were more familiar with the work culture here.

He recommended that the experts looked at upscaling the cargo; maintenance, repair and overhaul (MRO) businesses, as well as revive flight catering business, among others.

"When I retired in 1991, we have a world-class MRO (where airlines from) the US, Canada, Australia, New Zealand and Singapore sent (their aircraft) to us (for MRO services).

"We're famous for MRO (then), but now we (almost) closed shop," he said.
Abdul Aziz said MAB should explore the huge opportunities in the cargo business and widen its business portfolio to the vast China, India, Taiwan, Hong Kong, Australia and New Zealand's markets.

Asked whether he would like to be in the team of experts, Abdul Aziz said if his services were needed, he would have to study the strategy first.

“If it is feasible, then I am willing," he said, adding roughly about RM5 billion is needed to make the cargo, MRO and catering business a success on top of returning MAB to profitability.

“I'm not condemning anyone. I just want to help the government take action and make a study as soon as possible so that we can upgrade our national carrier into a world-class airline," he added. - Bernama
Article type: metered
User Type: anonymous web
User Status:
Campaign ID: 18
Cxense type: free
User access status: 3
Airlines 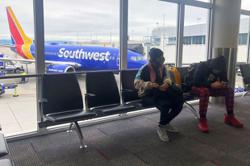