, wants the company to mint its own cryptocurrency.

But first, he needs to convince his shareholders to support the proposal at the company's upcoming EGM on Nov 8.

In a statement on Friday, Country Heights said Lee’s proposed initial coin offering (ICO) will be called the Horse currency. The company said the "main and defining difference" of the Horse currency is that it will be Malaysia's first asset-backed cyptocurrency (ABC).

“We seek the shareholders’ support especially on this ABC, which the company will match minimum RM2 worth of assets eventually for one Horse currency, across all ICO phases,” it said.

The purpose of this proposed ICO is to raise real cash for Country Heights.

“In the fast moving digital age, the company intends to ride this wave of popularity of blockchain technology and asset-backed cryptocurrencies, in finding new and creative means to raise capital for the expansion of the company,” it said.

When launched, Country Heights said, the Horse currency will mainly be used as a utility token, a reward token and royalty program with the businesses, products and services.

Country Heights is also looking at allowing the Horse currency to be used as “legal tender” in purchasing and leasing the group’s properties.

“The founder is confident that Country Heights can be the first company to turn something which is not so credible into something that is credible,” it said.

For the proposed ICO,  Country Heights will issue 1 billion of Horse currencies - backed by RM2bil worth of the company’s assets. The initial 300 million of horse currencies will be opened for circulation to the public.

“The company will also appoint a prominent technology partner and other external consultants (if necessary) to give back-end support to this exercise,” it said. “The company welcomes those who share the founder’s vision to collaborate and to share knowledge on how to use blockchain technology to serve customers better through cross services.” 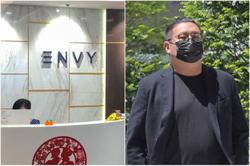