Who are winners and losers of sales and services tax

Healthy regime: The healthcare industry is one of the biggest beneficiaries under the SST system because consultation fees, medications, usage of medical equipment and ambulance services are exempted.

PETALING JAYA: The sales and services tax (SST) regime is likely to have an impact on the earnings of manufacturers and importers while healthcare and building material companies are among the major beneficiaries.

Under the SST system, which will begin from Sept 1, several manufacturers and importers would have to pay up to 10% tax rate in comparison with the 6% rate under the previous goods and services tax (GST) regime.

Based on the list of goods to be taxed under the SST, manufacturers involved in the flavoured drinks, alcohol and tobacco, as well as automotive sectors are likely to face higher taxes.

As for the producers in the rubber gloves, wood-based and electronic goods sectors, the tax is said to be limited to some segments of their production.

Several glove manufacturers and electronic companies are among the top 100 stocks listed on Bursa Malaysia.

A tax consultant said a number of manufacturers and importers would have to pay higher tax of 10% compared with 6% under the GST.

“But it is worth noting that there are also companies that would be paying less if they are subject to 5% rate or exempt from it,” said the chief executive officer of Tax Advisory and Management Services Yong Poh Chye.

The SST is a single-layer tax, which only applies to the manufacturing and importers level, and does not involve a lot of transactions, according to Yong.

This is in comparison with the GST which is a multi-layer system that applies across the value chain.

“Under the SST, we expect the prices of goods to go down despite the higher tax rate for certain items compared with the GST,” Yong said.

Additionally, he said under the SST, 38% of items under the consumer price index bucket of goods and services are subject to tax while under the GST there is almost 60%.

“There are many items that would be exempted under the SST including cans of sardines, dairy products, coffee and tea.

“Bicycles, small motorcycles and building materials such as cement and bricks are also not subject to the 10% tax,” he said.

The healthcare industry would be one of the biggest beneficiaries under the SST system because consultation fees, medications, usage of medical equipment and ambulance services are exempted.

On the additional 6% service tax, Yong said the tax rate would only apply to food and beverages (F&B) outlets that churned more RM1mil turnover a year.

“The 6% service tax is only applicable to certain prescribed services compared with 6% GST that applied to most services.

“In the case of restaurant business, the 6% SST is only imposed if the turnover is more than RM1mil a year compared with RM500,000 under the GST,” he said.

Yong expected the excise duty and import duty to remain at the same rate.

It is worth noting that tobacco and alcohol are heavily taxed in Malaysia. The last excise duty hike for the tobacco sector was in November 2015, at 36%.

Excise duty for locally-produced hard liquor increased from RM24 to RM60 per litre in December 2016. Excise duty for beers had been changed to RM175 per 100% volume per litre, from the previous RM7.40 per litre and 15% ad valorem tax, effective since March 1, 2016.

Yong hoped that when the country’s finances improve, the import duty and excise duty would be reduced. 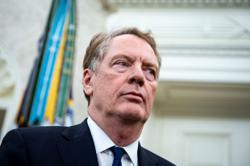 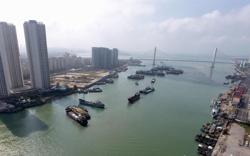 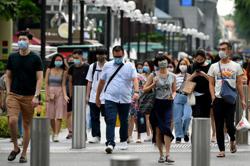