Malaysia’s affirmative action should be based on need

PAKATAN Harapan’s election campaign included a host of promises, most of which are now being pursued without much controversy. But the elephant in the room that the new administration has yet to directly address is Malaysia’s affirmative action programme and its host of race-based policies that favour bumiputras.

Some of the parties in the coalition call for reform or reversal of the affirmative action programme, but not all.

The affirmative action programme began as the New Economic Policy (NEP) in 1970, after the bloody race riots following the May 1969 elections. The NEP’s two main objectives were to eradicate poverty regardless of race and to eliminate the identification of race with economic function.

This made sense at the time because 49% of the population in Peninsular Malaysia lived in poverty and the vast majority were rural Malay farmers. Means testing would have been a useful addition to the policy programme even then but may have proved largely redundant given socioeconomic conditions.

The NEP ran for 20 years, and by 1990 poverty had tumbled to just 17%. Bumiputra corporate share ownership also rose sharply from 1.5% to 18%, although this was still below the target of 30%.

The NEP was reincarnated as the National Development Policy, and although it focussed more generally on issues of growth and industrialisation, the race-based policies not only remained but actually grew in number and significance. And there was still no means testing, despite the growing numbers of middle-class and affluent bumiputras.

Even though the affirmative action programme has become so extensive and entrenched over the decades, most bumiputras have not realised much benefit from it – but a very small minority have enjoyed superlative gains.

The programme’s problems have been recognised at the highest levels of Malaysia’s government for some time now. When unveiling his New Economic Model in 2012, former prime minister Datuk Seri Najib Tun Razak noted that “it is time to review its implementation” to make the programme “market-friendly, merit-based, transparent and needs-based”.

Even Prime Minister Tun Dr Mahathir Mohamad has recognised its failings in his memoirs: “the protection and privileges accorded by the NEP may weaken the Malays further by lulling the next generation into complacency”.

Economic Affairs Minister Datuk Seri Azmin Ali has recently proclaimed that “economic policies should not be based on race, (but) on needs instead”.

The affirmative action programme has failed its focus group while marginalising everyone else in the process. Rather than increasing social cohesion, it has contributed to disunity.

As a result, Malaysia’s skilled labour and capital has tended to migrate overseas, compounding the costs of affirmative action, borne by all who remain.

It is clear that the system needs to be fixed. The only question is: how?

First, it should be recognised that change is not limited to a binary choice between the prevailing system and its complete overhaul. Much of the sensitivity surrounding the issue either emanates from this confusion, or is implied and exploited by vested interest to instil fear. There is a broad spectrum of choices that lie between these extremes. Instituting a system of pure meritocracy is in many ways an unattainable ideal.

Even the so-called beacon of meritocracy, neighbouring Singapore, has a rotating race-based president.

Maintaining social harmony in a multi-racial community calls for striking a delicate balance between society and meritocracy.

The problem in Malaysia is that the balance has moved too far away from meritocracy and requires rebalancing.

Second, change needs to be focussed and measured. The drive towards greater meritocracy should be viewed more as a break with a system of patronage and cronyism than as a racial redistribution exercise.

Patronage politics cuts across race, especially at the higher end of the wealth distribution. If setting a quota based on race results in those most politically connected rather than the most talented within that community securing the advantages, then the costs of the affirmative action programme are maximised while the benefits are minimised.

Removing the distortions induced by patronage politics and increasing transparency would be a useful first step towards a more meritocratic system. There is also a need for better targeting of measures to ensure that only those in need receive benefits.

Policy and regulatory capture as part of affirmative action has produced many examples of misplaced subvention, but a favourite such example is that discounts to bumiputras for housing acquisitions have led to government-subsidised purchases of luxury real estate.

Once the benefits from these changes can be demonstrated, it will pave the way for a gradual deepening of the reform programme. The efficiency gains could then be used in a more targeted way to help the needy and to mitigate the temporary adjustment costs associated with the next stage of reform.

Even if done in a gradual and targeted way, reform may still face resistance. After so long, a sense of entitlement may have set in. In its extreme form, Malay supremacists see preferential treatment as affirmation of their elite status rather than an attempt to level the playing field – such views have no place in any modern society and should not be tolerated.

The nexus between race and religion has also strengthened so much that the lines of demarcation have blurred, raising its sensitivity and adding a further complication relating to implementation – religious matters come under the purview of state rather than federal government, and Pakatan Harapan controls only eight out of the 13 state legislative assemblies.

But if these factors can be overcome, the reformation of the affirmative action programme could eventually lead to an outcome that benefits the majority. Paradoxically, it could see bumiputras constituting the main beneficiaries in the long run.

This would take place at the expense of a very small minority of political patrons and cronies of all races.

The most carefully designed affirmative action programmes struggle to reach their intended recipients and achieve their goals.

It would be difficult to find a more poorly implemented programme than the one in Malaysia. Affirmative action in its current form has failed and must change.

This is no longer a choice as a dwindling minority cannot indefinitely support a growing majority, without leaving a huge burden for future generations.

It is time to stop paying lip service to the need for change and to just deliver it. This time, the new government has a real mandate to do so. Their future, and that of the country’s rakyat, will depend on it.

As the New Economic Model once hoped: “The time for change is now – Malaysia deserves no less”.

Jayant Menon is lead economist in the office of the chief economist at the Asian Development Bank. This is an abridged version of an item that first appeared on the East Asia Forum. 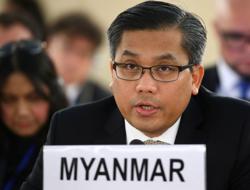