Weak demand: The price of CPO has fallen by about 14 year-to-date and it is trading at RM2,147 per tonne. Inventory has swelled 43 to 2.19 million tonnes as of end-June.

THE resilience of the plantation sector is being put to the test by a series of bearish factors, which has seen crude palm oil (CPO) prices heading south in recent weeks.

Industry players are generally spooked by the drastic fall in CPO prices, which is a key indicator to gauge their operational costs and profit margins.

The price of CPO has fallen by about 14% year-to-date, and is currently trading at RM2,147 per tonne.

Fundamentally, the CPO market is besieged by a rising stockpile, oversupply in production and weak exports.

To a certain extent, the stronger ringgit against the currencies of importing countries, India’s higher edible oil import duties and the uncertainties on the China-US trade war tensions are affecting the market’s performance. 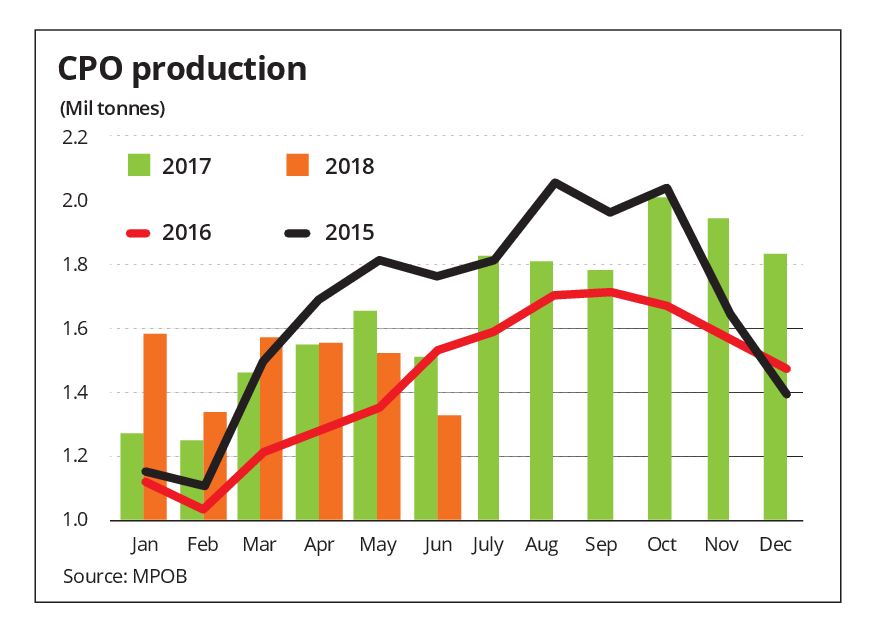 On the home front, the palm oil inventory has swelled 43% to 2.19 million tonnes as of end-June from a year ago with stagnant exports at 1.13 million tonnes.

The fresh fruit bunch yield at the estates nationwide in June was also at a record low in the past 24 years.

Another major concern among local planters is the higher minimum wage policy. This move will likely result in a higher cost of production (COP) for planters.

In Peninsular Malaysia, the efficient planters’ average COP is between RM1,400 and RM1,500 per tonne compared with less efficient or new planters in Sarawak, where the COP could be as high as RM1,800 to RM2,000 per tonne.

Deforestation and food safety issues are eroding the competitiveness of palm oil too.

To put things into perspective, such issues are a concern as the palm oil industry forms an integral part of Malaysia’s economy. The export revenue for palm oil and palm oil-based products accounted for a hefty RM77.85bil in 2017. 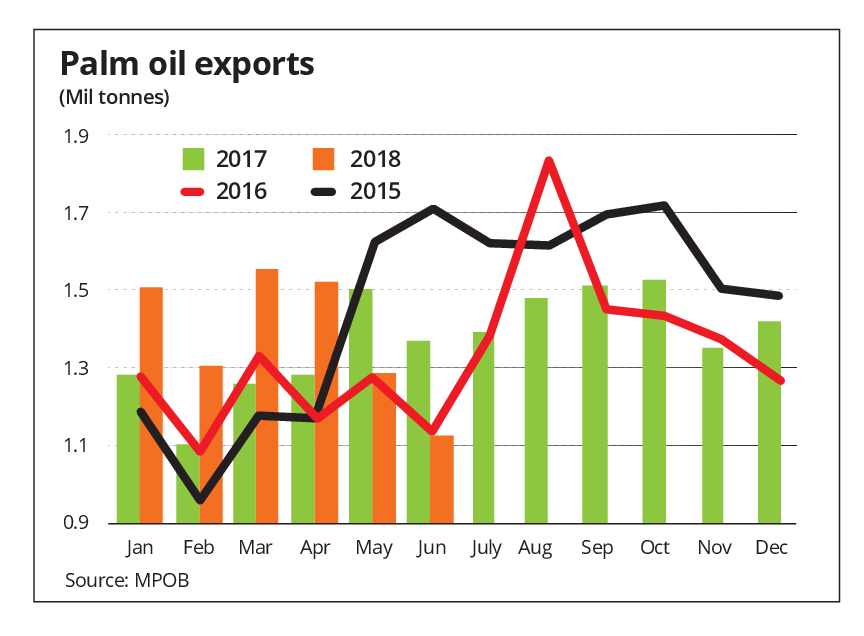 Review on cess and taxes

According to the Malaysian Palm Oil Association (MPOA) CEO Datuk Mohamad Nageeb Ahmad Abdul Wahab, unlike competing edible oils produced in North America and Europe, the local palm oil industry has not sought for subsidies from the government, despite the high levels of taxes imposed.

Currently, the oil palm plantation sector is heavily taxed, whereby about one-third of a company’s pre-tax profit goes to the government in the form of taxes and cess. Bearish environment: Nageeb calls on the government to review the burdensome taxes in the palm oil industry.

This is despite the industry being one of the major contributors to the country’s gross domestic product. It is one of the largest employers in the country and the economic spin-offs from the upstream plantation business have generated development activity nationwide, adds Nageeb.

MPOA represents 118 plantation companies, which account for 1.87 million ha or 40% of the total planted oil palm area in Malaysia. Its members include some of the plantation sector’s big players such as Kuala Lumpur Kepong Bhd

Given the challenges amid the current bearish CPO market, Nageeb says the MPOA is appealing to the Primary Industries Ministry under its new minister Teresa Kok to review and revise the highly burdensome taxes, as well as undertake a thorough study on the capacity of the plantation industry to absorb further cost increases.

managing director Gooi Seong Heen, are also hopeful that the minister would be able to help the palm oil industry scale greater heights. 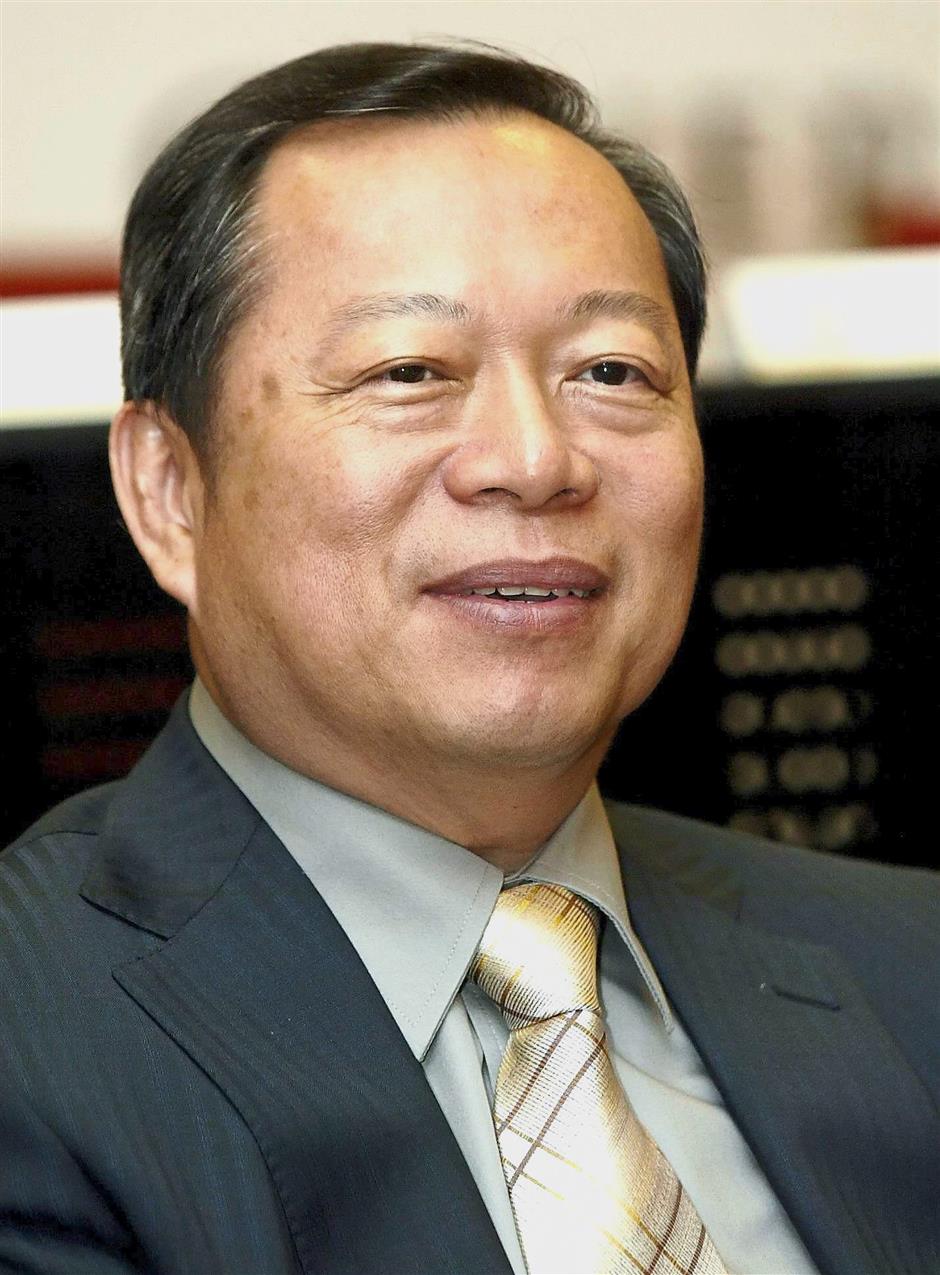 Gooi: I think the CPO price decline is overdone and CPO should stabilise or increase to around RM2,400 per tonne.

However, Gooi expects the trade war between the United States and China to also benefit palm oil.

The slide in the price of CPO is causing headaches for industry players as it compounds the industry, which is already facing other hurdles such as cost and trade issues.

“I think the CPO price decline is overdone and CPO should stabilise or increase to around RM2,400 per tonne in the second half of 2018.

“But the performance of plantation companies should be worse than the first half, especially with the intended increase in minimum wages,” Gooi adds.

According to UOB Kay Hian Research in its recent report, CPO prices could have bottomed and further downside risk is limited.

However, the research unit says it is still not the time to buy plantation stocks, as “there are no strong catalysts to lift CPO prices in the medium term”.

It also expects CPO prices to trade sideways in the near term, while stronger re-rating catalysts are higher biodiesel demand and dissappointing production.

UOB Kay Hian points out that the plantation sector is more defensive and less affected by the high market volatility due to a change in the government.

Another planter with one of Malaysia’s top plantation groups says that CPO prices will likely hover between RM2,100 and RM2,350 per tonne, given poor demand outlook and anticipation of further increases in CPO production.

He believes Malaysia and Indonesia – the top two palm oil exporters in the world – are at the mercy of the importing countries.

Having said that, palm oil exporters are still hoping that major traditional markets like China and India would replenish their inventories during the upcoming festive seasons.

“India’s local crop alone will not be able to cater to its demand. Hence, it must import either palm oil or soybean oil.

“And if prices stay at current levels, there is a tendency of zero export duty that may see aggressive exports in coming months, especially for India.

“This will certainly provide a temporary boost to the market and help improve CPO prices,” says the planter.

He also expects most plantation companies to take the opportunity during the price correction period to sell aggressively to reduce their stock levels. He envisages that palm oil stock levels in top producing countries will rise further in the coming months and “this will be negative for the CPO price outlook”.

To date, Malaysia and Indonesia’s combined palm product stocks are at a high of 7.4 million tonnes.

Chandran has also called on the new Primary Industries Minister to address India’s high import duties on edible oils, including palm oil, on a government-to-government level. 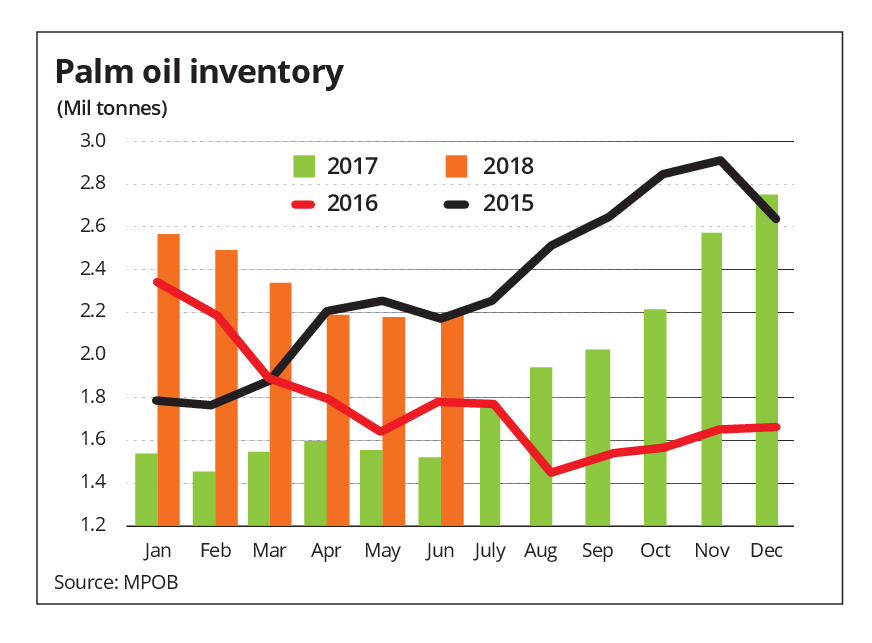