Jeff Juger, business development director of JinkoSolar, said the US$50 billion in tariffs on Chinese products "do not impact our operation in Florida because all the cells we're going to import (to the plant) come from Malaysia." (File pic shows the JinkoSolar factory in Butterrowth, Malaysia.)

NEW YORK: Chinese manufacturer JinkoSolar Holding Co Ltd expects to start manufacturing solar panels at a new factory in Jacksonville, Florida, by the fourth quarter, and production will not be affected by the latest round of U.S. tariffs on Chinese products as the cells are coming from Malaysia, a company executive said on Tuesday.

The administration of President Donald Trump on Monday threatened to slap a 10 percent tariff on $200 billion of Chinese goods in addition to import duties previously announced on $50 billion in goods, deepening a trade conflict that has hit financial markets and has led Beijing to vow a firm response.

Jeff Juger, business development director of JinkoSolar, said the US$50 billion in tariffs on Chinese products "do not impact our operation in Florida because all the cells we're going to import (to the plant) come from Malaysia."

And to deal with tariffs imposed by the Trump administration on imported solar panels earlier this year, Juger said the Florida plant would take advantage of an exemption that allows U.S. manufacturers to import 2.5 gigawatts of tariff-free cells for use in manufacturing solar modules at American plants.

"The  2.5 gigawatt exemption gives us quite a bit of headroom to import tariff-free cells," he said on a panel at the Renewable Energy Finance Forum in New York.

Speaking to Reuters on the sidelines of the conference, Juger said JinkoSolar has also applied for an exclusion to the cell import tariffs that would allow it to import a large-format solar cell it makes in Malaysia for use in building solar modules at its Florida factory. He said he is hopeful the administration will grant the exemption because JinkoSolar is the only manufacturer in the world that makes the panel in question.

"If the government grants that exclusion request and lets us import these cells, it will allow us to further scale up the factory in Florida," he said.

The Jacksonville factory will employ more than 200 workers, he said, adding that coping with tariffs and trade issues has been part of JinkoSolar's business for years.

"We just have to persevere no matter what the circumstances," Juger said. "The decision to invest in the Florida factory is a testament to our commitment to the U.S. market." - Reuters
Article type: metered
User Type: anonymous web
User Status:
Campaign ID: 18
Cxense type: free
User access status: 3 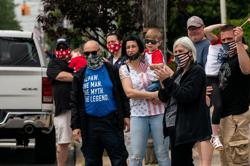 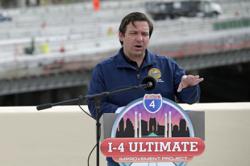