My wishlist to Economic Affairs Minister

By On Your Own - Tan Thiam Hock

The trick in excellent management is to appoint the smartest people in town to work for you. That might just be your toughest assignment in managing the economic affairs of the nation.. (File pic Azmin Ali)

A BELATED greeting of Selamat Hari Raya Aidilfitri to you and your family. I hope you have rested well over the weekend. And congratulations to you on your appointment as Economic Affairs Minister.

Pending the announcement by Prime Minister Tun Dr Mahathir Mohamad on the rest of the ministries, we are uncertain as to the specific functions and scope of your ministry. From press reports, we understand your responsibilities may include the Economic Planning Unit (EPU), Petronas, government-linked investment companies (GLICs) and government-linked companies (GLCs). Effectively, the Economic Affairs Minister will be managing the wealth of the country.

According to an article in The Star dated June 6 by Edmund Terence Gomez, the professor of political economy at Universiti Malaya, in 2017 there were seven GLICs controlling majority stakes in 70 GLCs and additional investments of between 5-37% in another 140 listed companies, effectively controlling more than 60% of Bursa Malaysia’s market capitalisation. As the GLICs are controlled by the Finance Minister, the Government is now the biggest business corporation in Malaysia.

Petronas, wholly owned by the Government of Malaysia since 1974, is vested with the entire oil and gas resources in Malaysia.

For 44 years, Petronas has been a major source of revenue to the Government in funding development projects and covering government operating expenditures.

Perhaps you may want to study the Norwegian oil fund, which is The Government Pension Fund Global, established in 1990. Funded by the surplus revenue of the petroleum sector, in May 2018, it has over US$1 trillion in assets, including 1.3% of global stocks and shares, making it the world’s largest sovereign wealth fund. It is now worth US$195,000 per Norwegian citizen (population 5.2 million).

The Norwegian oil fund is managed by a professional team at Norges Bank Investment Management, part of the Norwegian central bank on behalf of the Finance Minister.

Of the assets, 65% were equities and the rest were property (not more than 5%) and fixed income instruments. The fund is an active investor via company governance even though they are not involved in direct management of the investee companies.

Most of their investments do not exceed 20% of the investee market cap.

In Malaysia, this Norwegian oil fund will be known as a GLIC.

So technically speaking, because they do not have controlling stakes in their investee companies, they have no GLCs in their portfolio of investments.

They do not have to assign nor appoint any CEO from their management team to any of these companies and they have the flexibility to sell their investments if they deemed their investment is at risk or having a poor return on investment going forward.

A local example will be our EPF selling all their shares in Felda Global Ventures Bhd last year despite realising an investment loss of RM203mil.

The other GLICs are Khazanah, which is the only sovereign wealth fund, and Minister of Finance Inc, which also incorporates many other companies like 1MDB, etc, as it wishes since MoF Inc is under the purview of the Finance Minister.

PNB was established in 1978 as one of the instruments of the New Economic Policy (NEP) to re-engineer the economic imbalance in Malaysian society.

NEP’s main objective was to achieve a 30% share of the economic pie for the bumiputra community.

PNB has been highly successful in managing multiple units trusts with more than 13 million accounts. It is now the second largest fund manager after EPF with assets under management (AUM) of about RM 276bil.

Since its inception, PNB has rewarded its unit holders with more than RM157bil in dividends and bonus.

PNB has been the most effective institution in the redistribution of wealth to the mass bumiputra community whereas previous policies of building successful bumiputra businessmen has resulted in immense wealth accumulated in the hands of a few.

LTAT was established in 1972 with the aim to provide retirement and other benefits to the members of the Armed Forces via a compulsory savings scheme.

Members of the Armed Forces, numbering around 200,000, contribute 10% of their salary with the Government contributing 15%.

With an AUM of around RM10bil, it is the smallest savings and pension fund amongst the five GLICs.

LTH was set up in 1963 and act as the Malaysian Pilgrim Management and Fund Board. The main function of Tabung Haji is to administer and manage Malaysian Muslims to go for the Haj. The fund invests in syariah-compliant vehicles with an AUM of RM73bil contributed by nine million depositors.

Kumpulan Wang Persaraan (KWAP) or the Retirement Fund Inc was established in 2007, replacing the Pensions Trust Fund (1991) to assist the Federal Government in funding its pension liability.

Funds are raised from contributing employers comprising of statutory bodies, local authorities and agencies to an amount of 17.5% of the basic salary of the employee/ civil servant.

The EPF is a federal statutory body set up in 1991 to manage the compulsory savings and retirement plan for private sector workers in Malaysia.

Its predecessor Employees Provident Fund Board was set up in 1951. With a net contribution inflow of RM2bil-RM3bil a month, EPF has become a behemoth savings fund now managing an AUM of RM814bil, with an average return of 5.5 to 6.5%.

The five savings and pension funds now have an approximate total of RM1.3 trillion assets under management.

Khazanah Bhd, incorporated in 1993 as a public limited company, is owned by the Minister of Finance Incorporated (MoF Inc).

With a shareholders fund of RM40bil, Khazanah manages a mark to market AUM of RM157bil.

To finance its investment, Khazanah issues bonds and sukuks which are guaranteed by MoF Inc. As it is able to pay off its debts, the current Finance Minister does not consider Khazanah debts as an off-balance sheet liability of the Government.

Khazanah’s bumiputra empowerment agenda includes initiatives like Teraju, which develops bumiputra entrepreneurs and provides scholarships for the brightest students to study in top universities all over the world.

As all of these GLICs are under the purview of the Finance Minister and the Prime Minister’s Office, it will be interesting to see how the Economic Affairs Ministry can play a meaningful role in managing the wealth of the nation. Perhaps we can classify the GLICs into two categories.

The first category should prioritise on the savings funds that look after the welfare of the bumiputras in accordance with the PH manifesto declaration. The Finance Ministry can park PNB, LTAT, LTH and KWSP under the good care of the Economic Affairs Ministry. One must note that these funds do not generate any returns for the Government.

These funds, if well managed, will be effective in redistributing wealth to the mass bumiputra community.

To reform these GLICs, both the Finance Minister and the Economic Affairs Minister must work in tandem to ensure that transparent investment policies are set with proper governance structure in place. Perhaps our two senior ministers would like to consider the following reforms.

No political appointees to the board or management of the GLICs.

Hire the best talent to manage the GLICs.

Current reforms on changing the CEOs of GLICs and GLCs should be based on talent and skills of the individual and not on their previous political affiliations.

Talented and professional managers like Datuk Shahril Ridza Ridzuan (Oxford/Cambridge) of EPF and Datuk Abdul Rahman (Cambridge) of PNB should be retained as they are our brightest talents with high integrity.

GLICs should not be directly involved in the management of the investee companies.

Main focus should be on portfolio and risk management, not in supplying half baked and inexperienced CEOs to manage the GLCs. Let the board of directors do their job of finding the right candidate with relevant experience to lead the company.

From an investment perspective, it does not make sense for PNB to own the biggest property development company in Malaysia with the biggest landbank when there is a massive oversupply of all kinds of properties in a cyclical industry.

If Bank Negara made a ruling that no individual or corporation should own more than 20% of any banks, should it apply to GLICs as well? In the age of budget airlines and free skies, there is no need for a national airline as Khazanah has discovered at great costs.

With the world automotive industry moving towards electric and self driving cars, I wonder what Tun Mahathir has envisaged when he mused about having another national car project?

Malaysia, with its high debts, can ill afford wasteful projects that do not deliver economic benefits to the country.

It is highly recommended that Datuk Seri Amin Ali assemble the best minds to helm the Economic Planning Unit (EPU) to chart a new economic course for this country.

This will prevent haphazard and ill advised development projects by individual ministries and wayward finance Ministers.

Just imagine if the High Speed Rail project had been properly evaluated by the EPU with regards to its economic viability.

Let’s assume that it brings major economic benefits, Azmin will then consult with saudara Guan Eng whether MoF can afford to pay for it.

Again assuming that MoF can find the money, then the Transport Minister will be tasked with the responsibility of negotiating with his Singapore counterpart and when both sides are in agreement, our Transport Minister will conduct open and transparent tender and then tasked to implement the project. If we had followed this protocol, we will not be in the mess that we are experiencing now.

Managing Petronas is a no brainer. Just appoint Tan Sri Mohd Hassan Marican as the chairman of Petronas if he is willing to forego his lucrative employment contract with Temasek. Appeal to his sense of national service and it might just work.

Just like Guan Eng, you might discover that managing national assets and national budgets are a major step up when compared with managing a state like Selangor or Penang. Have no fear. The trick in excellent management is to appoint the smartest people in town to work for you. That might just be your toughest assignment in managing the economic affairs of the nation. 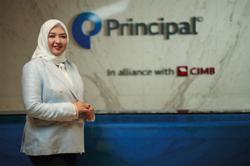