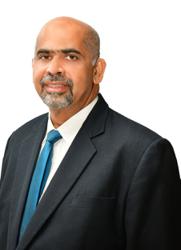 However, the government still has not decided on Muhammad’s successor as the replacement needs the approval of the Yang Di-Pertuan Agong Sultan Muhammad V.

According to market observers, Nor Shamsiah is an ideal candidate for the governor’s post, given her experience and long-serving history with the central bank.

Nor Shamsiah, along with Muhammad and ex-deputy governor Dr Sukhdave Singh, were part of a succession programme for the top position of governor of the central bank.

Nor Shamsiah joined Bank Negara in 1987, rising from the ranks of officer-in-charge of supervising the banking sector to assistant governor in December 2004, alongside Muhammad.

She was later appointed as deputy governor in 2010 following the retirement of Datuk Zamani Abdul Ghani.

During Nor Shamsiah’s stint in Bank Negara, she was involved primarily in overseeing and ensuring the health of the banking sector, which is the core responsibility of the central bank in ensuring financial stability in the system.

Apart from banks, her area of supervision covered insurance and takaful companies, financial intelligence and enforcement, and talent management.

It was her oversight on the banks at the central bank that saw her spearhead the investigations into 1Malaysia Development Bhd or 1MDB. She left the bank in 2016.

Nor Shamsiah was also involved in the financial sector resolution initiatives during the Asian financial crisis and the preparation and implementation of the Financial Sector Masterplan for the development of the Malaysian financial system from 2001 to 2010.

In addition, she was responsible for the finance and shared services of the central bank, as well as Bank Negara’s regional offices and BNMLink, a website that provides financial literacy to the public.

UOB Kay Hian Securities in its report said the potential appointment of Nor Shamsiah would ensure continuity in Bank Negara’s prudent and pragmatic approach to policy formulation, while instilling confidence in the stability of the country’s financial system.

This is given the fact that Nor Shamsiah has been in Bank Negara since 1987 and had played a key role in the preparation and implementation of the Financial Sector Masterplan 2001-2010.

“Prior to leaving Bank Negara, she was the deputy governor from 2010 to 2016 and was even considered as one of the potential candidates to replace Tan Sri Zeti Akhtar Aziz as the governor back in 2016, given her level of experience and seniority within Bank Negara,” said UOB Kay Hian.

“As such, we are not surprised that press reports have listed her as one of the potential candidates to succeed Muhammad,” it added.

Nor Shamsiah left Bank Negara in November 2016, seven months after Zeti finished her tenure as governor in April that year, to join the International Monetary Fund.

She is a certified practising accountant and a graduate from the University of South Australia with a Bachelor of Arts Degree in Accountancy. 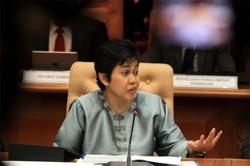