PETALING JAYA: A bumper payment totalling RM1.53bil was made to China Petroleum Pipeline Bureau (CPPB) in the pipeline scandal just before the general election.

Attention was drawn to two payments amounting to RM620.1mil for the TSGP and RM911.8mil for the MPP on April 2. Dissolution of Parliament was on April 7.

The projects were approved by the Cabinet on July 27, 2016 and payments started from May 2017. All of the payments made to CPPB so far amounting to 88% of the contract cost were made over a period of less than 12 months from May last year.

The regular payment schedules, however, did not commensurate with the work done and has raised the ire of the government, as such payments run afoul of normal payment methods for projects where a mobilisation fee is paid and subsequent payments are matched with verified progress of the project.

In these two projects, schedule payments had been made since early May last year, but the bulk of the payments were made this year for both pipelines in Peninsular Malaysia and also Sabah.

“The drawdowns were approved even when there were consultants involved. They were approved by the federal government of the day. As stated in my statement, it was approved by the Cabinet on July 27, 2016. These have been submitted to the Malaysian Anti-Corruption Commission for investigations,” said Finance Minister Lim Guan Eng at a media briefing yesterday.

“This is one of the hidden or so-called ‘red files’. We have gone through a number of these files and hope that there are no more nasty surprises.” Data released by the Ministry of Finance yesterday showed that RM1.58bil was paid in two tranches for the MPP this year for the design, procurement and supply contract. The total amount paid for this contract is RM2.67bil with the first payment made in early May last year.

For the construction and commissioning contract, RM1.18bil was paid this year and the total amount paid within the 12-month period beginning May last year is RM2.04bil.

The total amount paid for the MPP is RM4.71bil. For the design, procurement and supply contract for the TSGP, some RM1.07bil was paid this year from the total of RM1.81bil. The biggest chunk was a payment of RM620.1mil, or 35% of the contract amount.

In terms of the construction and commissioning contract, RM1bil was paid this year out of the RM1.73bil paid so far. The total sum paid for both segments of the TSGP is RM3.54bil.

The discrepancies between work done and payment made led to Lim pointing fingers at SRC International Sdn Bhd, a company that is now under investigation for money transfers to ousted Prime Minister Datuk Seri Najib Tun Razak and his wife, Datin Seri Rosmah Mansor. Lim in a statement said he was informed by Treasury officials that SSER was an offshoot of SRC International, a former subsidiary of 1Malaysia Development Bhd (1MDB). He said the president of SSER, Datuk Azhar Osman Khairuddin, is a director of Putrajaya Perdana Sdn Bhd, a company directly linked to Low Taek Jho, or better known as Jho Low.

“We have strong suspicions. We have documents to prove it’s all part of the 1MDB scam. I have even mentioned Jho Low by name,” said Lim. 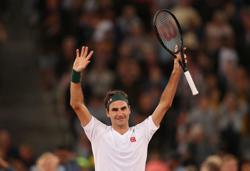