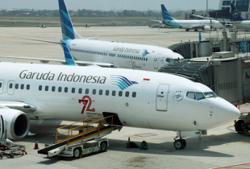 Hot issue: An aerial view of the TRX with Menara Prudential on the left. Next to it is Lendlease’s land which is still work-in-progress.

PETALING JAYA: Government-linked companies that are scheduled to occupy the buildings at the Tun Razak Exchange (TRX) have been silent on their move as construction of the signature tower and other buildings near completion.

Exchange 106, by Indonesia’s Mulia Group, is scheduled to be completed by September this year. The 106-storey sky scrapper is the centrepiece of the mixed integrated commercial development which is premised on London’s Square Mile where financial and banking serviced are clustered.

The other is Menara Prudential, developed and owned by IJM Corp Bhd

at an investment of RM500mil. The 27-storey building would be handed over to its anchor tenant by the first quarter of 2019. It is being fitted out currently, according to press reports.

Menara Prudential is 84% tenanted, mostly by the private sector.

Exchange 106, with 2.6 million sq ft of office space, is about 52% leased, with 6% under consideration before the May 9 general election. It is believed that the bulk of the 52% is to be occupied by government-linked institutions. About 10% of the leases are from the private sector.

For those who are involved with planning and infrastructure, it has been work as usual since May 9, according to a source.

“There is no slowdown because infrastructure developments have deadlines to meet,” said the source.

Australia infrastructure and property group Lendlease has 17 acres but it is still work-in-progress. It is the only company that has signed a joint venture with TRX City Sdn Bhd, the master developer, now parked under the Ministry of Finance (MoF).

Lendlease said in a May 20 statement that “it looks forward to working with the new government and will seek to engage with relevant ministries at the earliest opportunity.”

Other investors in TRX are HSBC Bank Malaysia and IJM, who will build and own Menara Prudential and is also the developer of HSBC headquarters.

On May 8, a day before the elections, MoF issued a statement that its unit MKD Signature arranged “with the HSBC Bank for a standby line” of RM2bil to finance its proportional construction cost of 51% of Exchange 106.

The Malaysia-Australia Business Council monthly meeting to be held on Thursday is expected to be “lively.”

A source said the meeting is expected to revolve around “what’s on the table”, referring to the different possibilities now that the new administration has taken over.

“Many who invested in TRX came because they view Malaysia as politically stable. The country, as an investment destination, has had the same government for more than 60 years. The change in government has thrown up some interesting possibilities as far as TRX is concerned,” the source said.

“Kuala Lumpur is not a market that you build on the speculation. It would be unfortunate if commitments are wound back.”

IJM and TRX City did not respond to queries from StarBiz.

For the buildings that are nearing completion and whose leases are government-dependent, there is concern that they will be ready for occupation at a time when the Klang Valley has an office space supply of some 120 million sq ft, equivalent to the net lettable area of 26 Petronas Twin Towers.

Nearly six million sq ft of office space were completed at the end of 2017, an increase of 18.69%, according to the National Information Property Centre (Napic).

TRX, when completed in about 20 years, will have 21 million sq ft of space, spread across offices, residentials, hotels and retail.

The new government said it would review projects, including TRX, from the previous administration in view of the trillion debt and the Klang Valley office space over supply. Exchange 106 and Menara Prudential with a total of 3.16 million sq ft will be ready soon. 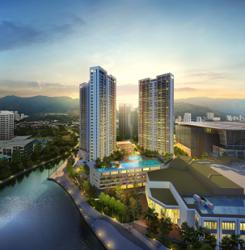