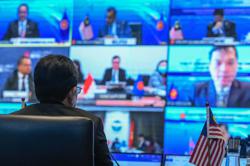 , the manufacturer of Premier tissue paper, is spending RM50mil to expand its manufacturing facilities in Vietnam and Penang this year.

The expansion exercise should be completed in the second half of 2018.

According to Lee, the price of pulp has shot up to US$850 per tonne currently from US$550 per tonne a year ago.

“Our selling price has been adjusted by about 10% already, but still that is not sufficient. So, the profit has dropped.

“For this reason, we need to increase our market share to sell more,” Lee said.

Lee said the domestic market in Malaysia has been slow due to the constraints on spending power.

“The growth of the tissue paper business in the domestic market is less than 3% a year, which is in line with global growth.

“In Vietnam and Indo-China, however, the growth is faster, which is why we are expanding the Vietnam operations,” he said.

Lee said the group was targeting to double the contribution from Vietnam by 2019 to RM80mil from RM40mil.

“We are also looking at increasing our sales to Laos, Thailand, Cambodia and Myanmar.

“The bulk of the contribution will still come from Vietnam,” he added.

The tissue paper business generates about 65% of group revenue, while the personal care segment contributes 35%.

“Some 90% of the personal care business is generated from the local market.

“Despite the challenging and highly competitive local market conditions, the group succeeded in raising the revenue from the personal care segment by 9.4% to RM199.9mil in 2017.

“We achieved positive results because we produced on our own the semi-finished raw materials for the cotton range of products in 2017.

“We also managed to increase the sales of our diaper products,” he said.

Moving forward, Lee said the company would continue expanding its sales and distribution network inside and outside Malaysia. “Our ability to generate revenue rests not only on our manufacturing capabilities, but also on the marketing and distribution of the products,” he said.

NTPM maintains a positive outlook for 2018, according to Lee.

“With well-established product offerings, supported by comprehensive distribution and marketing channels, we expect to grow organically in the existing markets,” he said.

Lee added that the focus of 2018 was to increase the production of tissue paper to fulfil the increasing demand in South-East Asia and other export markets.

According to a Technavio report, the global tissue paper market is expected to grow at a compounded annual growth rate of close to 6% during the period of 2018-2022.

“The tissue paper markets in Asia-Pacific, the Middle East and Africa are registering substantial growth.

“This trend in the growth pattern is expected to continue throughout the forecast period.

“Factors such as the growing population and increasing awareness about hygiene in the developing countries will have a positive influence on the global tissue paper market during the forecast period,” the report added. 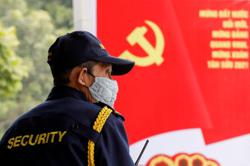