is moving forward with its transformation plan to become the leading digital and media group.

At the same time, the company has also kept its sights on undertaking various cost-cutting measures to boost earnings and enhance shareholder value, according to chairman Datuk Fu Ah Kiow.

“We have been trimming our cost from all aspects since last year. This is in line with (the company’s) revenue drop, as well as some restructuring in the operations of the company,” he told reporters after Star Media Group’s AGM here yesterday.

“There is a series of cost cutting measures, such as printing plant operations. We have also initiated some operational and management changes to reduce costs,” said Fu.

On the company’s plans to sustain revenue, he said a portion of the focus would be on beefing up the group’s digital segment.

“The thrust of the digital plan will revolve around our Star Online news portal. We have consistently worked on enhancing content for Star Online and going forward, we will work towards improving revenue.

“For our radio segment, after some restructuring last year, it is now turning positive. We will also have more focus on events and exhibitions.”

Separately, Fu also said there would be no internal changes to the company’s business operations following Pakatan Harapan’s victory in the general election.

“This is a public listed company. With regard to internal changes, the shareholders do not interfere,” he said. MCA is the controlling shareholder in Star Media Group with 42.46%.

“We are putting consumers at the centre of the transformation. Our new organisational structure will be built around this.”

He said the recently concluded general election and upcoming FIFA World Cup next month would serve as catalysts for advertising expenditure growth in the media sector for this year.

The group registered a net profit of RM116.91mil on a turnover of RM630.43mil in the previous financial year.

The media group’s print and digital segment, which is its mainstay, registered a profit before tax of RM37.75mil excluding impairments and expenses undertaken for a manpower-rationalisation exercise under a mutual separation scheme/early retirement option. 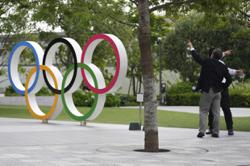