SP Setia to sell homes below RM400,000 at Setia Fontaines

The plan is to launch single and double-storey houses before the year is out.

“Setia Fontaines is our first major development on the mainland for landed properties so we are looking at just below RM400,000 per unit for the homes,” SP Setia president and CEO Datuk Khor Chap Jen says.

Setia Fontaines is a mixed development project that will go on for 15 to 20 years.

Besides residential homes, the development will cover a wide range of amenities and also have commercial elements, so it will be a self-sustaining township.

“Just like our Setia Eco Park development township, there will be a high-end residential gated and guarded enclave,’’ Khor spoke to the media in Dubai this week.

As for the Bertam land, earlier reports suggested that the developer plans to develop a full host of concepts and amenities for a well-designed and thoughtful development.

On the land, a 63-acre lake and 37 acres of parks have been planned, integrating with 35.06 acres of commercial land to form the leisure and tourism nexus. Further more, the lake will be connected to 7.8km of canals and creeks to form islands and waterways.

Setia Fontaines comprises 1,675 acres and is in Penang.

The land was bought by SP Setia in 2016 and the developer has since been working on the masterplan for the development.

Asked on the funding for the project, Khor says “we have our own planning on that.’’

Though he declined to say how much the entire development will cost, reports suggest it could be about RM9.6bil.

The project is said to have the advantage in location and connectivity with the northern entry facing the Jalan Tun Hamdan Sheikh Tahir in Penaga and the southern entry can be accessed by Jalan Gelugor in Tasek Gelugor. With the potential third link, there will be greater access to the site.

Khor says every time there is a soft cycle in one country and given the scope of its exposure in various geographical locations, it changes its strategy to focus on growth markets, and return when conditions improve.

That change allows it to capitalise on growth in the various markets.

“We have an added advantage of being overseas,’’ he says.

Setia Fortaines may be a major new project for the group, but Khor says there is continuation of development of phases on its existing projects and those under Island & Peninsular Bhd (I&P).

Khor is also talking about SP Setia being an integrated player rather than just one that develops luxury townships. He says one clear example of its integrated development was the KL Eco City in Kuala Lumpur.

Khor says SP Setia’s projects have unique features and unique selling points catering to the needs of discerning buyers. One such case is that of the Seri Kasturi Apartment, where it delivered high quality affordable homes with modern facilities and conveniences despite its affordable price tag.

Khor adds that the RM3bil certified Green Township Setia Eco Glades is set amidst an abundance of flora and fauna. The project is a collection of eight islands, each set against individual-themed gardens and unique fountains, and comprising linked-villas, semi-detached homes, bungalows and low-rise island villa suites.

On sustainable development, Khor says the project kicked off with an in-depth biodiversity study of the site and its surroundings.

“This was the first step towards planning, not just with the intention to curtail the impact of the development on biodiversity but to strengthen and enhance it. A team of consultants and specialists were engaged to conduct the study and provide conservation advice while the landscape design of the site encourages the enhancement of biodiversity by creating a suitable natural environment for the flora and fauna species in the vicinity,’’ he says.

He adds that SP Setia is one of the pioneer property developers that has pitted itself against the world’s best for the awards and it is “satisfying’’ to see it winning many awards over the years.

Winning three in a year was also “unprecedented” for any developer in the FIABCI awards.

Turning to I&P, Khor says the takeover has been completed and the entire exercise has opened up new opportunities for the group to reach out to new geographical areas and buyers. In mid-April this year, SP Setia took over I&P from Permodalan Nasional Bhd (PNB) for RM3.65bil in cash, shares and borrowings. It also bought 342 acres in Bangi from PNB. These corporate exercises saw SP Setia’s total land bank increase by almost 80% to over 9,600 acres. 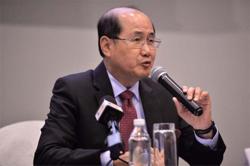 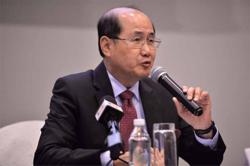 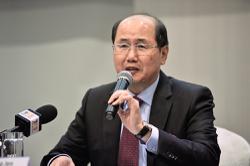