(HSL) has stepped up work on its two delayed mega projects – the Kuching centralised wastewater system Package 2 and the Pan Borneo Highway – as issues that hampered work progress have been largely resolved.

Although an HSL-led consortium was awarded the RM750mil Kuching centralised wastewater Package 2 project in March 2016, it took some 18 months for the consortium to conclude project negotiations with the Sarawak government. The project contract was signed only in the third quarter of 2017.

Package 2, which will add another 100,000 population equivalent to the current system and duplicate the existing sewage treatment plant, is due for completion in 2022. HSL has a 75% stake in the consortium.

On the delays of the RM1.7bil Pan Borneo Highway work package, HSL said work progress had been hampered by the tardy relocation of utilities, particularly power poles.

“While machinery, manpower and materials were mobilised in 2017, we had to work hard to overcome delays which were beyond our control,” HSL said in a yearly project review.

The work package, which covers 76km, involves the proposed Julau and Sibu interchanges, extension of the 1.7km-long Batang Rajang Bridge and the construction of 17 other new bridges.

HSL said it had in-house access to one of the largest quarries in Sarawak, which would supply three million tonnes of aggregates needed for the package’s construction.

The company said the setbacks in the two mega projects had impacted its bottomline in the financial year ended Dec 31, 2017 (FY17), which saw the group’s pre-tax profit dipping to RM62.6mil from RM75.2mil in FY16 despite an increase in group revenue to RM505mil from RM498.6mil.

The company said it had purchased three more laser-guided tunnel boring machines for RM15mil for the project.

HSL had earlier acquired eight such machines for the Kuching wastewater project. With technology transfer from HSL’s Japanese partner, all these machines are now operated by a fully local crew.

The company said with the issues that hampered work progress of the mega projects addressed, “We feel better positioned this year to achieve billable progress. The impact on our earnings during 2017 should diminish and we can expect a return to higher earnings, going forward.

According to chairman Datuk Idris Buang, most of the revenue from these three mega projects, which would take several years to complete, are yet to be recognised. 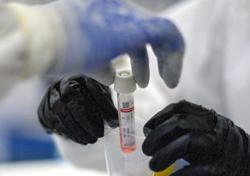