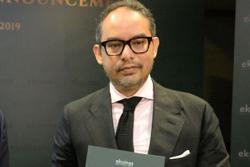 FVG operates seven factories in Malaysia and two outside the country and is a tier one and tier two contract manufacturer for leading global consumer electronic brands such as Sony, Panasonic, Onkyo, Sony, Dyson and JVC Kenwood.

“Ekuinas’ investment strategy is to identify strong and high-potential Malaysian companies with the desire to grow and expand regionally.

“FVG’s financial track record and operational capabilities, specifically in its ability to integrate different entities and formulate its strategy, underpin its strong position with a revenue of RM300mil. This will serve as a basis for growth locally and in the region,” he said.

FVG’s proposition is further strengthened by its range of manufacturing capabilities, regional footprint and available capacity to support the growth trajectory.

The company’s presence in Singapore, Indonesia, Vietnam and Malaysia, provided it the advantage to capitalise on the positions of the countries as manufacturing hubs for the automotive and consumer electrical and electronics product segments.

“Its experience in turning loss-making businesses into profitability is strongly demonstrated via its track record. “A capable senior management team is important. Its vision is equally significant, especially in charting and navigating the future growth and strategy of the company,” he said.

FVG group CEO Chng Boon Huei said the partnership with Ekuinas represented a meeting of a common objective between FVG and Ekuinas, which is to grow its manufacturing footprint regionally.

Chng was confident that the partnership would open a new chapter of growth and allow FVG to play a greater role in the design, manufacturing and development of its clients’ products.