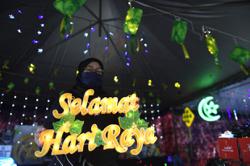 posted earnings of RM929.75mil in the financial year ended Dec 31, 2017, aided by growth in Internet and multimedia services and boosted by foreign exchange gain on borrowings.

Telekom said there was a strong 8.3% (RM305.7mil) growth in Internet and multimedia services despite the decline in all other revenue lines.

Operating profit before finance cost decreased by 8.3% (RM100mil) to RM1.101bil compared with RM1.201bil a year ago mainly due to higher operating costs.

On the prospects, Telekom said it expects sustainable performance for the Group in 2018, despite competition and challenges.

“This is driven by our new execution model which prioritises our plans towards delivering relevant converged digital lifestyle services and end-to-end business solutions to all our customers,” it said.

Performance of the various segments in FY17

“Number of buys of unifi TV content was also higher and subscription of mobility services contributed to the revenue increase.

Telekom its main broadband service offering continues to grow for home and SMEs. Also charting firm growth was its unifi Mobile offering, which recorded 9.8% penetration of its households.

However, TM ONE recorded a 3.5% (RM173.4mil) decrease in revenue from RM4.907bil to RM4.734bil in FY17 due to decline in voice, data and other telecommunication services despite growth in Internet and multimedia.

“We foresee higher traction in our Data Centre business once our Klang Valley Core Data
Centre (KVDC) is fully launched later in 2018,” it said.

TM Global's revenue dipped 0.6% to RM2.316bil in FY17 mainly due to lower data revenue as well as other telecommunication services. Profit however increased by 4.6% (RM20.7mil) to RM472.9mil from lower operating costs.

There was a foreign exchange gain of RM74.8mil compared with losses of RM120.5mil a year ago.

Operating profit before finance cost increased to RM284.3mil from RM259.6mil in Q3.

Net finance income in Q4 was driven by the foreign exchange gain on borrowings and boosted group PATAMI by 30.8% (RM65.2mil) to RM277mil. 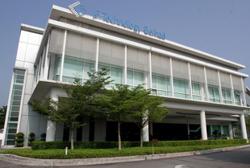