With the signing of the agreement with France

PETALING JAYA: After more than 40 years in the automotive business, the Naza group, founded by the late Tan Sri Nasimuddin SM Amin, is taking another step up in the competitive industry.

From day one, the late Nasimuddin was one of the more established players in an industry which the Government had identified as one of the better sectors with a high concentration of Malay car traders.

To assist them, the Government gave approved permits (APs) to the bumiputra car traders with the hope that they would eventually graduate to become bigger outfits and partner foreign manufacturers. However, the majority used the APs, which allow for the importation of cars, as a means of earning easy money.

They sold the APs for a profit. Only a few built showrooms and none invested in building an assembly plant.

Nasimuddin, who was known as the “AP King” because of the large number of permits he received, was the only one who invested heavily in showrooms and built an automotive assembly plant.

With the signing of the agreement with France’s Groupe PSA yesterday, the group is moving up in its long journey.

The enterprising Nasimuddin started his auto empire at the age of 21 in 1975. He utilised his savings, which was earned from helping his father’s construction business, and began importing used Japanese cars. After selling the entire stock within three months, Nasimuddin began a dealership for used luxury vehicles in Kuala Lumpur. He later succeeded in applying and receiving his own APs to import used luxury vehicles.

In 1996, South Korea’s Kia Motors Corp appointed Naza as the franchise holder for the brand in Malaysia.

The assembly of completely-knocked-down packs for Kia started in 2001, and by 2003, Naza Automotive Manufacturing Sdn Bhd (NAM) was established. The construction of the manufacturing plant was completed in Gurun, Kedah, in 2004.

Nasimuddin also began the group’s partnership with French carmaker Peugeot in 2006. He obtained the franchise for the marque in 2008 from its owner Groupe PSA.

Malaysia is the biggest market for the European brand in the region, with Naza Group being the sole distributor of Peugeot and Citroen cars in country.

The French carmaker now has bigger plans for Asean. Groupe PSA plans to boost sales across the region, and this could benefit Naza’s plant as it would improve the utilisation rate and bring down cost. Naza’s plant has the capacity to produce 50,000 units a year

Both parties signed a share sale agreement and a joint-venture agreement which would see the French group take a majority stake in the plant in Gurun. 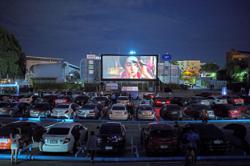 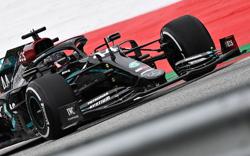 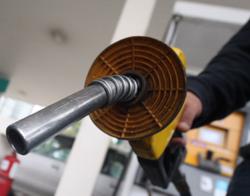