Property formula: Foo says about 97,500 units per year were needed based on the average household of four people.

KUALA LUMPUR: The local residential property market is facing an undersupply of housing stock – while at the same time coping with one of its worst overhang situation in years.

CBRE|WTW managing director Foo Gee Jen said a mismatch of price, location and products has led to this conundrum.

“Based on the average household of four people, we need about 97,500 units per year.

Despite the undersupply of houses, Foo, who is also Association of Valuers, Property Managers, Estate Agents and Property Consultants in the Private Sector Malaysia (PEPS) president, observed that there was still a serious overhang situation in the country.

“Over the past 13 years, household incomes in Malaysia have generally moved in tandem with house prices.

This, he said, has contributed to the high level of overhang in the country.

In November last year, Bank Negara said the number of unsold residential properties was at a decade-high, with a majority of units being in the RM250,000 and above price category – beyond the income of most Malaysians.

The central bank also said the oversupply of office space and shopping complexes in the major states is expected to be exacerbated by incoming supply, potentially becoming more severe than during the Asian financial crisis.

It said supply-demand imbalances in the property market have increased since 2015, primarily on account of the mismatch between the prices of new housing launches and what the households can afford to pay.

“With incoming supply over the next few years, we expect to see more consolidation,” he said, adding that the local retail property market will be flat in 2018.

Soo forecasts that there will be a total of 197 malls in Malaysia by 2021, representing 86.2 million sq ft of retail space.

“Recent factors such as growth in e-commerce particularly, has been gaining more attention as it has been recognised as a critical enabler to accelerate revenue growth for the Malaysian economy, thus driving demand for logistics and industrial space.”

The 11MPS is co-organised by PEPS and the Valuation and Property Services Department. 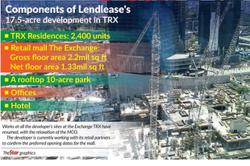 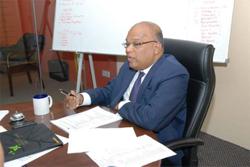 Four ways a property agent can cheat you 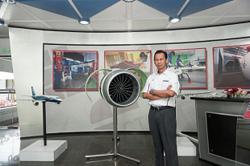