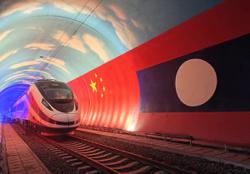 “If compared to other countries with a high poverty line like Syria (82.5%), Madagascar (75.3%) and Zimbabwe (72.3%), I feel grateful over Malaysia’s success in ensuring the well-being of the people,” he said on his blog, sskeruak.blogspot.my, on Wednesday.

Salleh stressed that Malaysia’s success was different from the perception of certain quarters who felt the country had been left behind, but the current data clearly showed it had achieved a level of economic growth that  was very good vis-a-vis neighbouring countries.

“Samuel P. Huntington in his book, Political Order in Changing Societies, said one way of evaluating the political development of a country is to watch its economic growth. The index of measurement he used was per capita income and the poverty line,” he added.