High stake: Kasi is the second-biggest shareholder of MK Land with a 16.04 stake.

THE failure of Datuk Kasi K.L. Palaniappan, who is better known as P. Kasi, to get re-elected into the board of MK Land Holdings Bhd

brings to light again the speculation that things have not been right between him and Tan Sri Mustapha Kamal Abu Bakar, MK Land’s largest shareholder, for years.

Talk of the feud between the two have surfaced every now and then over the years. Both have had to deny that they were feuding and that their own private property development ventures were not evidence of their disagreements.

However, the feuding finally ran its course when MK Land notified the stock exchange in a filing last Wednesday that Kasi, 59, was not reelected at the company’s AGM.

The filing does not explain why he did not get re-elected. Kasi, a co-founder of the company, is the second-largest shareholder with a 16.04% stake. Mustapha, the other co-founder, has a 39.77% stake through MKN Holdings Sdn Bhd and a direct 7.6% stake, giving him control of a 47.37% stake in the company.

Both teamed up to go into property development in 1988 and consolidated all their property ventures by 1992, prior to the 1999 listing through a reverse takeover of second board company, Perfect Food Industries Bhd.

The re-election of Kasi only garnered 30.128% of the votes, with 69.872% of votes against. For Kasi to have lasted so long in the feud is remarkable, given the control that Mustapha has in the company.

The question is why only now has Kasi been ousted. Another board member, Hong Hee Leong, retired from the board after deciding not to seek reelection. Hong has been a director in the company since August 1999.

The company’s latest annual report, for the financial year ended June 30, 2017 (FY17), shows that Mustapha resigned from the board with effect from June 29 while Datuk Fazwinna Mustapha Kamal and Farah Mahami Mustapha Kamal, both daughters of Mustapha, resigned on Oct 9 and June 29 respectively.

Fazwinna was an alternate to Felina Mustapha Kamal, the executive chairman of the company who was redesignated to her current position on Aug 29 from acting chairman/executive director.

Another director, Datuk Tan Choon Hwa @ Esther Tan Choon Hwa was appointed to the board with effect from Sept 26 while earlier in the year, Lau Shu Chuan was appointed an executive director. Lau was the company’s chief executive officer (CEO) up until the end of January when K.Mohanachandran K.R. Kunjan took over.

Now that Kasi does not have a say in how the company is run, what will he do? He cannot exit given the share price performance, which has lingered in the 20 sen to 30 sen range since 2008. In the period after its listing, the share price was trading above RM2 before gradually falling below RM1 by the mid-2000s.

The company has been struggling for years despite having 792 acres of leasehold prime land in Damansara Perdana, the township it started developing in the mid-1990s, carving it out of the verdant hills flanking the Damansara-Puchong Expressway, which was also constructed around the same time.

In FY17, the company posted a net profit of RM18.13mil, an improvement from FY16’s RM16.31mil but much lower than the RM53.9mil in FY15. MK Land’s CEO, Mohanachandran, says in the FY17 annual report that the company was transitioning to a professionally managed team from one led by the founders.

For the first quarter ended Sept 30, the company posted a net profit of RM4.28mil, slightly above the RM4.11mil of the same quarter a year ago. Revenue fell 32.66% to RM42.67mil on lower property sales.

The report noted that for the current financial year, the emphasis will be on selling the completed unsold properties in Damansara Perdana to unlock cash for other activities, including new sales launches.

MK Land has about 4,908 acres of undeveloped land bank in the Klang Valley, Perak and Kedah.

PublicInvest Research, which recently ceased coverage on MK Land, says the company lacks near-term catalysts amid a generally tough trading environment for the overall property sector. It believes the current weak market environment could see the company’s earnings drop further if there are no new projects or land sale.

To shore up its financial position, the company sold nine parcels of leasehold land totalling 195.84 acres in Kamunting, Perak, for RM72mil in May, the proceeds of which were used for working capital and ongoing and future development project expenses.

“Our last recommendation is neutral, with target price at 35 sen, pegged at c.80% discount to our realised net asset value estimate.,” the research house says. 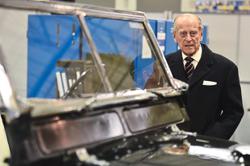