The sovereign wealth fund said on Monday Ahmad Zulqarnain is currently executive director, investments with coverage of Khazanah’s investments in Indonesia, Asean and the financial institutions group sector.  He is also head of the strategic management unit.

A graduate in Economics from Harvard University, he was previously the CEO of Danajamin Nasional Bhd and has also held various roles with UBS Warburg, Pengurusan Danaharta Berhad, CIMB Group

Tengku Azmil , 47, is currently executive director, investments with oversight of Khazanah’s investments in the innovation and technology sector, life sciences, and Africa, as well as oversight for Khazanah's offices in San Francisco and Khazanah Koridor Utara in Penang.

He joined Khazanah in October 2011.

A graduate in Economics from University of Cambridge and a chartered accountant, Tengku Azmil was previously the CEO of Malaysian Airline System Bhd, the CEO of Penerbangan Malaysia Bhd.

He also served in various roles with PricewaterhouseCoopers in their London and Hong Kong offices.

Khazanah also announced that Tan Sri Md Nor Yusof was appointed chairman of the board executive committee effective from Dec 5.

The appointments were made at its 85th meeting in Langkawi, chaired by Prime Minister Datuk Seri Mohd Najib Tun Abdul Razak.

The meeting was part of Khazanah’s annual year-end board retreat, which involved the 12 member board and Khazanah’s senior leadership team led by managing director Tan Sri Azman Mokhtar.

Apart from reviewing its performance, as well as strategy and budget for 2018 and beyond, the board had also resolved several board-level and senior management appointments.

Khazanah said Tan Sri Andrew Sheng, who has been a board member since July 2008, was appointed as the chairman of Khazanah Research Institute, with effect from Nov 29.

Yeo Kar Peng was appointed to the board of Khazanah with effect from Dec 5. She is the chairman/managing partner of Kendall Court Capital Partners and one of its founders.

She is also a board member of Cenviro Sdn Bhd, a unit of Khazanah. Prior to establishing Kendall Court, she was managing director at Citigroup Global Markets. She has also held the post of Head of Research at UBS and WI Carr, respectively.
Article type: metered
User Type: anonymous web
User Status:
Campaign ID: 18
Cxense type: free
User access status: 3
Corporate News 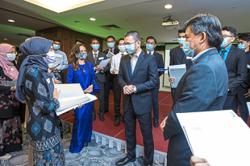 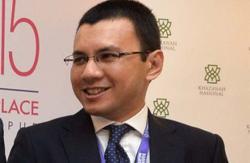 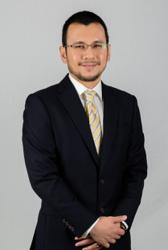