Are you a Zhuge Liang or Sima Yi?

Epic battle: A scene from the epic TV series Three Kingdoms that was screened on Astro Zhi Zun HD.

THREE days ago, I had an interesting lunch meeting with the top executives (all younger than me) from Astro

and BFM and discovered to my horror, they consider me as an “old” generation type of person.

Maybe because I had problem keeping up with their conversation on the future of new digital media or maybe because of my current interest in learning from the past to understand the present. It was difficult for me to translate The Three Kingdoms into digital bite size conversation for this younger generation while enjoying a Chinese lunch over a round table.

In The Three Kingdoms novel, many war strategies that were employed came from the scholars who studied The Art of War by Sun Tzu (Master Sun) which was supposedly written some 500 years before them.

The Art of War remains the most influential strategy text for the last 2000 years and it had an influence on Eastern and Western military thinking, business tactics and strategies etc.

The most interesting characters in the saga of The Three Kingdoms were Zhuge Liang (aka Kong Ming) and Sima Yi (aka Zhongda). They were the most brilliant military strategists of that era and they were on opposite sides of the two strongest kingdoms. Both were of the opinion that whoever wins the war will eventually conquer the rest of ancient China.

Zhuge Liang from Shu attacked the northern Wei for six long years hoping to eliminate the tyrants and restore the Han dynasty but he died trying and his dream was unfulfilled.

Zhuge Liang would only serve a Lord / Master who has a noble cause and in Lu Bei, an imperial uncle to the young Emperor of Han dynasty, he found his true master whom he served with distinction and unwavering loyalty, trying to restore the Han dynasty to its glorious past. Beside his brilliant military strategies, Zhuge Liang was also a capable administrator and advisor to Lu Bei. Some of his famous quotes are still relevant advice to political, military and business leaders of today

“An enlightened ruler does not worry about people not knowing him; he worries about not knowing people.”

How true. Political leaders that does not understand the plight of the common people will lose their support at the end. High cost of living and the inability to own a roof over their heads are major grouses of the poor electorate. When real income do not grow and average income is low, imposing GST is a foolish act of political suicide.

When Lu Bei conquered the Riverland territory, Zhuge Liang advised him that no tax be imposed on the local farmers for two years as the local farms were suffering from bad drought and poor economic conditions. This act of benevolence won over the local population who supported his future military excursions with provisions from their bountiful years.

A business leader who sits in his corporate office all the time will never understand the plight of his foot soldiers in the economic battlefield. A sales team facing difficult buyers, a brand team having reduced budgets facing a fierce competitor with a bottomless pit of funds, an increased sales target during an economic downturn, staff having personal problems are just some of the common unconcerns of flawed leaders who managed by numbers and who do not walk with his team. A demoralised team with a clueless leader is easily defeated in battle.

“Good generals select intelligent officers, thoughtful advisors and brave subordinates. They oversee their troops like a tiger with wings”.

Selection of intelligent leaders is so important whether in politics, military or corporations. If you wonder why the business tycoons are so successful, they have surrounded themselves with loyal and smart generals who hire the smartest managers to work for them. If you are amazed at how Singapore, a small island with no natural resources has grown to become a first world nation within 50 years, it is because the late Lee Kwan Yew appoints intelligent politicians to his cabinet and hires the smartest people to manage his civil service.

Zhou Yu, the military commandant of the Southlands was another arch enemy of Zhuge Liang and he advised his Lord:

“He who wins people, prospers; he who loses them fails. Your present plan should seek humans of high aims and farseeing views, and you can establish yourself firmly”.

Sima Yi though equally brilliant like Zhuge Liang, he was the complete opposite in character and ambitions. He only wanted to serve Cao Cao, the most powerful warlord amongst the three and he bided his time to be called into service. He had to become tutor to Cao Cao’s two sons before he had the opportunity to be included into the inner circle of advisors. And when Cao Cao died, Sima Yi served Cao Pi, eldest son of Cao Cao as the top advisor and helped Cao Pi to usurp the last Han Emperor.

As he was not trusted by Cao Cao, Cao Pi and the powerful Cao clan, Sima Yi had to hide his ambitions and lie low all the time. Not to be seen as a threat, his patience and cunning skills of deception kept him alive. He was only given command of the Wei military when his military skills were needed to counter the constant attack by Zhuge Liang. In the novel, Sima Yi was portrayed as a villainous figure who pretends to be loyal and dedicated subject while secretly planning to concentrate power in his hands and pave the way for his descendants to usurp the throne one day. As stated in historical records, his grandson, Sima Yan (Emperor Wu) usurped the throne from Cao Huan and established the Jin Dynasty (265-420).

Another historian from Tang Dynasty had described Sima Yi as appearing to be generous and magnanimous on the outside while being distrustful and jealous on the inside. Sima Yi was suspicious, calculative, manipulative and adept in politics.

2000 years later, the characters of mankind has not changed much. While it is difficult to find Zhuge Liangs, we have many Sima Yi amongst our current species of politicians. How many Sima Yi characters have you encountered in your business life? If you subscribe to Zhuge Liang ideals of righteousness, loyalty and integrity, would you achieve your ambitions in your career or business ventures? Or will you lose all your battles to Sima Yi and perish before him?

Whether you are in politics or in business, always review your position realistically. There is no shame in taking the right action depending on your strength or weaknesses. If you have a fighting chance to win the battle, then fight. If your opponent is stronger, defend and wait for the opportunity to strike back. If you have lost the ability to defend, flee while you still have the resources to do so. Surrender (give up) only when all the odds are against you so that you can live to fight another day. To die is not a voluntary action. Being killed (wiped out) is the consequence of a complete failure. Taking practical actions at the right moment can save you from death so stay calm and persevere like Sima Yi.

To close this final article on Three Kingdom, I leave you with more quotes from Zhuge Liang:

On marketing – Do the unexpected, attack the unprepared.

On competition – The loss of any army is always caused by underestimating the enemy. Therefore gather information and watch the enemy carefully.

On failure – What loss is there in dignity, what worry is there of failure?

On self survival – by Cao Cao

“I’d rather betray the world than let the world betray me”.

To the younger generation, if the character of mankind has not changed much in the last 2000 years, what hope have you that it will change in the next 1000 years?

Are you a Zhuge Liang or are you like Sima Yi? 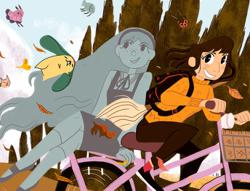 A year on, Lebanon's protests have faded and life has got worse