By RISEN JAYASEELEN and CECILIA KOK

PETALING JAYA: In the first notable move to regulate the world of cryptocurrencies in Malaysia, Bank Negara has said it will deem all parties acting as exchanges as “reporting institutions”, requiring them to provide detailed information on buyers and sellers of such currencies.

Central bank governor Tan Sri Muhammad Ibrahim also noted the possibility of digital currencies becoming the “new norm” and that the central bank “cannot be oblivious to these developments.”

The measure is to come into effect next year.

Going by some websites, there are up to 11 cryptocurrency exchanges in Malaysia, the most notable of which are Luno and CoinHako.

It isn’t clear what the total value of their transactions are. There are more than a hundred exchanges worldwide. Led by bitcoin, there are billions worth of cryptocurrencies traded everyday.

Cryptocurrency exchanges are websites where you can buy, sell or exchange cryptocurrencies for other digital currency or traditional currencies like the US dollar or the ringgit.

While there is no conclusive proof that money laundering and terrorism financing goes through the trading of cryptocurrencies, some reports indicate that these rogue parties are showing an increasing interest in cryptocurrencies.

“This is to prevent the abuse of the system for criminal and unlawful activities and ensuring the stability and integrity of the financial system,” he noted in his welcoming remarks at the Third Counter-Terrorism Financing Summit 2017 in Kuala Lumpur yesterday.

Malaysia’s move is in step with what Australia, China and Japan had recently done although countries like Japan are issuing licences for exchanges as well.

Under Amla, all reporting institutions will be required to undertake preventive measures to prevent their institutions from being used as a conduit for money laundering and terrorism financing activities.

These preventive measures would include conducting risk assessment; application of customer due diligence; submission of suspicious transaction report (STR) and cash threshold report; and maintenance and retention of records of transactions.

According to Muhammad, the role of the financial sector as a bulwark against terrorists financing has become even more critical, given the rise of fintech, which posted global investments totalling US$25bil (RM102.8bil) last year, compared with US$9bil in 2010.

“If this trend is anything to go by, then the financial industry will be hard-pressed to mitigate, identify and prevent cases of abuse in the system,” he said.

He added: “We need to prepare ourselves, as according to many pundits, digital currencies will become the new norm. The advent of digital currencies as some have forecast, will mark the beginning of a new era in the financial sector. As authorities, we cannot be oblivious to these developments.”

Industry players in fintech welcome the move as a means to ensure that the technological developments in cryptocurrencies and its underlying blockchain technology are not hampered.

“Like all new technological innovations, the fear is that the bad guys use it. Regulating exchanges ensures it is a good step to nip that in the bud and facilitate the growth of blockchain technologies that require the use of their own tokens,” said Paul Khoo, the founder and CEO of GetCover, an insurtech firm operating within Bank Negara’s fintech sandbox.

In Malaysia, cryptocurrency transactions are currently tax-free, as digital currencies are not considered assets or legal tender by the authorities. However, Muhammad had in recent months indicated that Bank Negara would introduce guidelines by the end of this year if it decides to recognise cryptocurrencies.

But an experienced crytocurrency trader added that while exchanges can be regulated, it is going to be difficult to monitor all forms of trading. 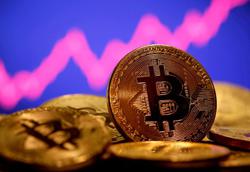