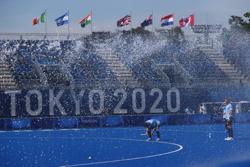 AFTER two Category 5 hurricanes (Harvey and Irma) hit the US in October, followed by Maria hitting Puerto Rico, no one can deny that natural disasters are devastating.

With three hurricanes costing an estimated US$385bil, with less than half insured, the poor are suffering the most because they cannot afford to rebuild as the rich.

This year alone, monsoon floods in Bangladesh, India and Nepal have left millions homeless. This year will therefore break all records as Munich Re-insurance data suggests that 2016 natural disaster losses were only US$175bil, already 28.6% higher than the 30 years (1986-2015) annual average of US$126bil.

But how much of these natural disasters are man-made?

Despite US President Trump being sceptical of climate change, the US Global Change Research Program Climate Science Report published this month concludes that “it is extremely likely that human activities, especially emissions of greenhouse gases, are the dominant cause of the observed warming since the mid-20th century”.

Carbon dioxide concentration already exceed 400 parts per million, last occurred about 3 million years ago, when both global average temperature and sea level were significantly higher than today. Roughly one third of carbon emission is due to residential heating/cooling, one third for transport and one third for industrial production.

Hurricanes are caused by oceans warming up, building energy and vapour levels that create freak typhoons, tornados and massive downpours. At the same time, droughts are also occurring with more frequency for longer.

Scientists estimate that global average sea level has risen by about 7-8 inches since 1900, with almost half that rise occurring since 1993. Everyday, we hear new extreme events, such as unusually heavy rainfall, heatwaves, large forest fires, floods or landslides.

Climate warming is most observable in the water-stressed Middle East and the North Africa/Sahel region, where rapid population growth created desertification, food shortages, civil conflicts and ultimately, outward migration towards cooler climates, especially Europe. This hot region accounts for 60% of global war casualties since 2000, with 10 million outward refugees. About 90% of the world’s refugees and asylum seekers come from four regions with half under the age of 18 years.

A 2016 World Bank report estimated that these water-stressed countries’ GDP could be reduced by up to 6%, with dire consequences on stability. Without water, industries cannot function, food cannot be cultivated and health can deteriorate due to disease from water-shortage and drought.

European estimates suggest that each refugee costs roughly US$11,600 per person to maintain and there are already one million trying to enter Europe last year. The OECD has classified countries such as Afghanistan, Central African Republic, Iraq, Somalia, Sudan, Syria and Yemen as extreme fragile.

The world is already reaching a critical turning point. If the Paris Climate Accord can be implemented, with or without the United States, there is some chance of averting further global warming.

But closer home, we are already witnessing the effects of climate change on our daily lives.

In 1972, Hong Kong experienced a devastating landslide near Po Shan Road in Mid-Levels, which caused 67 deaths and collapse of two buildings. One cause was unstable ground following heavy rainfall from Typhoon Rose eleven months prior to the incident.

This tragedy in densely populated Hong Kong resulted in rigorous slope protection and inspection of drains to ensure that these slips do not occur again. I lived near Po Shan Road and admired how Hong Kong engineers regularly inspected the slope protection measures and that the drains were always clear.

In 1993, the collapse of Highland Towers in Kuala Lumpur was partly attributed to the clearing of the hilltop above Highland Towers, which led to soil erosion and the weakening of the foundations. By the time the residents detected cracks in the buildings, it was already too late. Some of my personal friends were among the 48 persons who were killed in that collapse.

Last weekend, Penang (where I live) had the worst rainstorm and floods because we were hit by the tail end of strong winds from Typhoon Damrey, one of the strongest to hit Vietnam in 16 years, leaving 61 people dead. Driving along Penang Bridge, I can see that the continued hilltop developments in Penang are leaving soiled scars on the previously pristine landscape, I am reminded of Highland Towers and Po Shan incidents. Natural disasters are acts of god, but the size of their impact on human lives are completely within our control.

Soil erosion does not happen overnight, and require responsible developers and conscientious governments, as well as concerned citizens, to be continually vigilant that maintenance of roads and drains, including soil inspections, are serious business with serious consequences.

Modern technology can provide drones and inbuilt sensors that can detect whether erosion is reaching critical levels. Regular maintenance of drains and checks on stability of the soil, especially where there has been recent clearing of trees in steep slopes, will forewarn us all of impending accidents.

As cities are building more and more on hillsides subject to torrential rain, Penang should seek technical expertise from Hong Kong which has extensive expertise on the maintenance of steep hill slopes that are subject to typhoons and sudden rainfall.

Landslides are today used more in political terms than in real terms. The next time landslides happen, residents who watch daily the erosion of their natural environment will know who is really looking after their interests.